Gippy Grewal made official announcement of Carry On Jatta 3 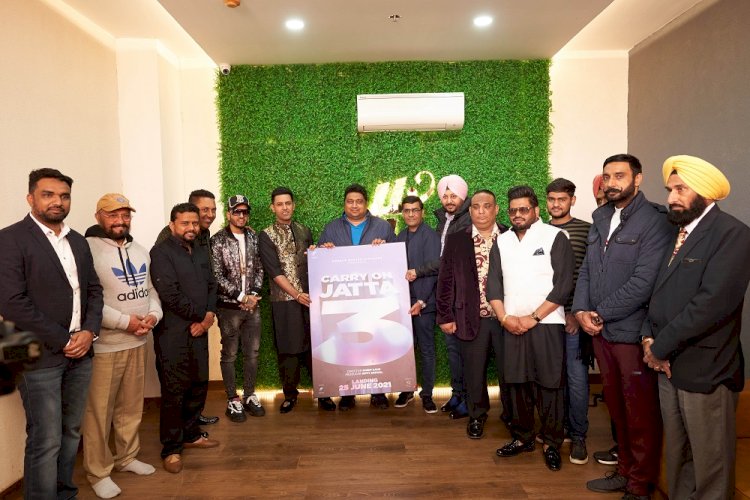 Chandigarh:  There is no stopping for Gippy Grewal who not only has projects lined up for the year 2020 but also for 2021. It has been only two days when he shared the first look poster of his production venture 'Posti' and now he has made another announcement for 2021.

26th January was a big day for Gippy Grewal because he has shifted the premises of Humble Motion Pictures and Humble Music to a new office. The inauguration of the office was graced by who's who of the Punjabi entertainment industry- Jazzy B, Karamjit Anmol, Sardar Sohi, Japji Khera and director Smeep Kang.

With this big achievement, Gippy Grewal also shared another piece of good news with all of us.

The laughter riot will be helmed by Smeep Kang who was also the director of the previous two parts. Gippy Grewal will be bankrolling the forthcoming film. The film will star Binnu Dhillon, Gurpreet Ghuggi, Karamjit Anmol and Jaswinder Bhalla in prominent roles. The film will hit the screens on 25th June 2021.

Now with the release of the poster, the excitement of the masses knows no bounds.

Another poignant twist: SidNaaz had planned to marry in...

What does Farhana Fatema says on her character as Shanti?