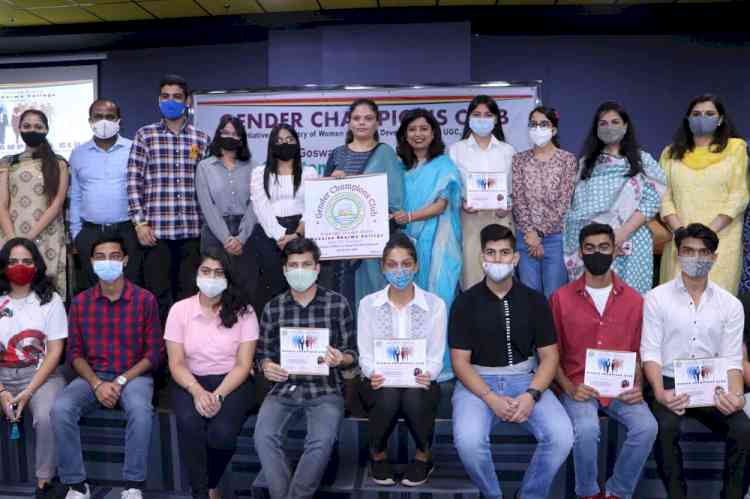 Chandigarh, September 17, 2021: In a bid to sentisize the youth towards gender equality, the Gender Champions Club was launched at Goswami Ganesh Dutta Sanatan Dharma(GGDSD) College, Sector 32-C, here today.
Manisha Gulati, Chairperson, Punjab State Women Commission, who inaugurated the club at an Impressive  function on the college premises, complimented the GGDSD College management for launching the club which she hoped would  go a long way in promoting  gender equality in society.
Gulati announced that the women commission would kick off a special campaign in Punjab to create awareness  among general public about equal rights of both the sexes.
Earlier, Ajay Sharma, Principal of the college, said the club had been launched to create gender sensitivity as per the guidelines issued by the Ministry of Women and Child Development and the University  Grants Commission(UGC).
Prominent among those present  on the occasion were Anirudh Joshi and Jatinder Bhatia, general secretary  and finance secretary, respectively, of the GGDSD College Society.