Future of Punjab bright in hands of Capt Amarinder Singh: Tikka and Bindra 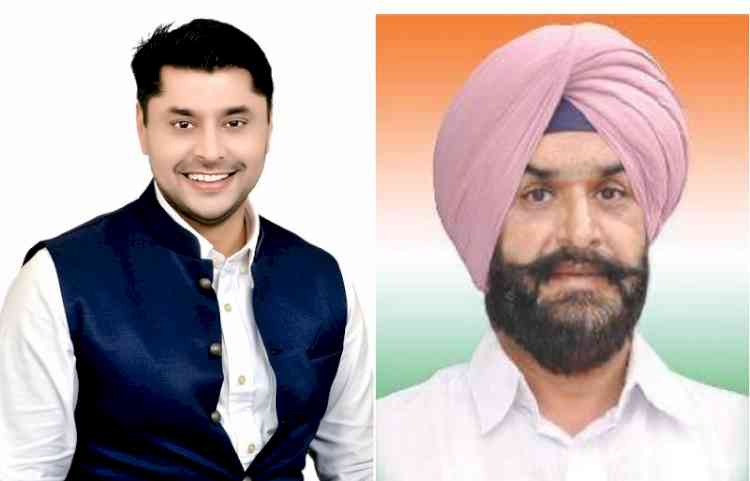 Ludhiana: In a press statement issued here today, Mr Amarjit Singh Tikka, Chairman, Punjab Medium Industrial Development Board (PMIDB) and Mr Sukhwinder Singh Bindra, Chairman, Punjab Youth Development Board, said that they have full faith in the leadership of Chief Minister Capt Amarinder Singh.
Both Mr Tikka and Mr Bindra strongly supported the policies of the Chief Minister and said that it was due to the farsighted approach of Capt Amarinder Singh that lockdown/curfew was imposed in the state so that people stay safe from COVID 19. They said that it was due to this decision that very few people got affected by COVID 19.
They said that Punjab is the only state whose Chief Minister took such farsighted decisions, along with providing best healthcare to patients, ration to needy, took steps for safe journey of migrants to their home states, provided free train tickets to migrants along with food and mineral water, ensured that fee of private schools are waived etc.
They said that it was due to the Chief Minister that the procurement of wheat was done in a hassle free manner despite curfew/lockdown due to COVID 19 and payments to farmers were made in record time. They said that it was due to Capt Amarinder Singh that the pilgrims from Nanded (Maharashtra) and students from Kota (Rajasthan) were brought back to Punjab.
They also thanked the Chief Minister for providing several relaxations for the opening of industry, allowing industry in mixed land use areas, besides ending curfew from May 18, 2020 onwards.
Chairman Mr Sukhwinder Singh Bindra said that the youth of Punjab is feeling ecstatic due to the works carried by the Chief Minister. He assured that the Punjab Youth Development Board would work wholeheartedly for the welfare of residents and urged them to follow all directions and guidelines being issued by the Punjab government.

Special train to arrive at Una