Former Punjab CM Amarinder may launch own party on Wednesday 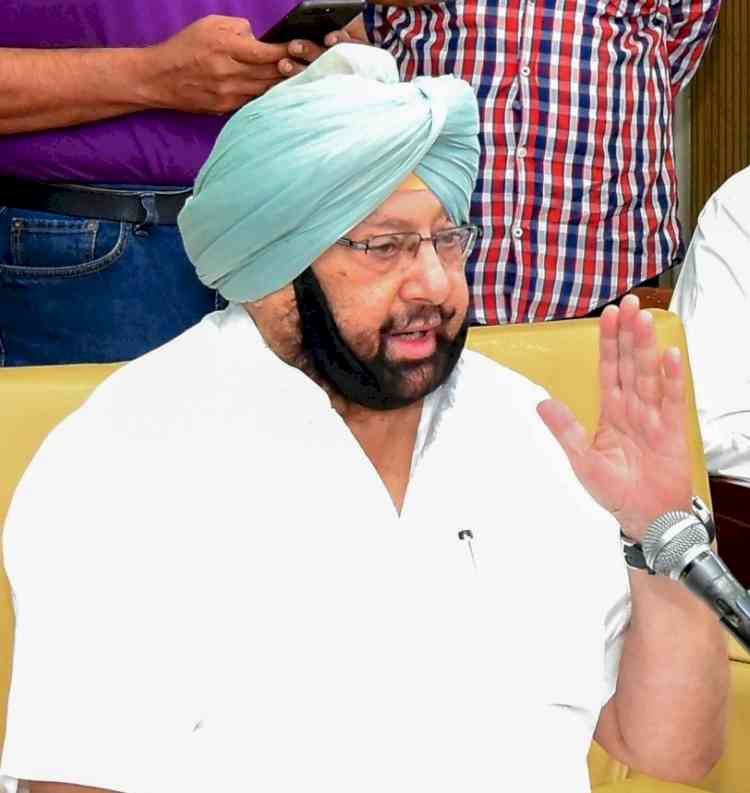 Chandigarh, Oct 26 (IANS) Former Punjab Chief Minister Amarinder Singh may announce the launch of his own political party -- the Punjab Lok Congress -- on Wednesday ahead of the Assembly elections slated for early next year.

An indication in this regard came on Tuesday when his media advisor Raveen Thukral extended an invite to the media for Amarinder Singh's press briefing in Chandigarh.

Meanwhile, responding to personal attacks by his former Congress colleagues, Amarinder Singh on Tuesday said: "From personal attacks they've now stooped to threats and harassment of my supporters in Patiala and elsewhere.

"Let me tell my rivals they can't defeat me with such low-level political games. They will neither win votes nor people's hearts with such tactics."

He added: "Those who have stood by me have done so because they believe in and want to continue working for Punjab's peace and development. They will not be scared away by such petty acts of intimidation or persecution. We will continue to fight for Punjab's future."

Formally saying goodbye to the Congress which made him the Chief Minister of Punjab twice and the state party President thrice, an "upset" Amarinder Singh last week said that he would soon announce the launch of his own political party to serve the interests of the people, including the farmers who've been fighting for their rights for over a year now.

He also said he is hopeful of a seat-sharing arrangement with the BJP for next year's Assembly elections in the state, if the farmers' issues are resolved in their interest.

He added that he would not rest until he can secure the future of his people and his state.

After his resignation, Amarinder Singh held meetings with Union Home Minister Amit Shah, triggering speculations he could join the BJP.

"Punjab needs political stability and protection from internal and external threats. I promise my people that I will do what it takes to ensure peace and security, which is today at stake," read an earlier tweet by Amarinder Singh.

Since his resignation as the Chief Minister, Amarinder Singh has been targeting state Congress President Navjot Sidhu by publically saying that he would fight his possible elevation to the Chief Ministership tooth and nail, and is ready to make any sacrifice to save the country from such a "dangerous man".

He has also claimed that the Gandhi siblings (Priyanka and Rahul) were "quite inexperienced" and "their advisors were clearly misguiding them".

After months of infighting within the Congress, Amarinder Singh had submitted his resignation as Chief Minister on September 18.

Punjab will be freed from criminals, Kejriwal assures traders

SAD along with traders and industrialists to hold state-wise...