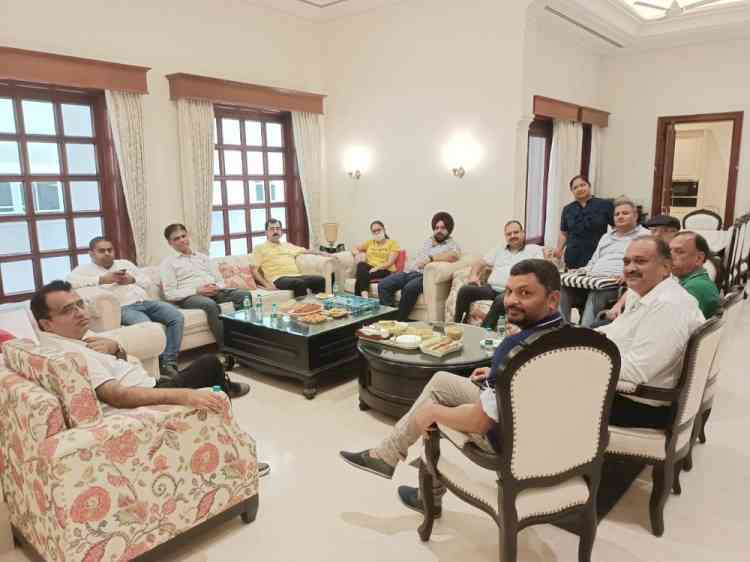 Ludhiana: A meeting was held today at the Samvedna Trust office. It was attended by over 16 trustees. The meeting started by paying condolence and tribute to Late Ravinder Arora, President of Samvedna Trust who died sometimes in the past.
A two minutes silence was observed.

It was unanimously decided to keep the good work going as started by Late Ravinder Arora who had worked tirelessly for the needy and the society through this NGO.

This newly incoming President also lauded the role of the Late President and promised to work hard and keep the flagship of Samvedna Trust on its zenith.

The chairman Subhash Gupta exhorted to all the members to work in unison so that the good works of this trust are maintained as before.