Visual presentations were given to identify insect pests 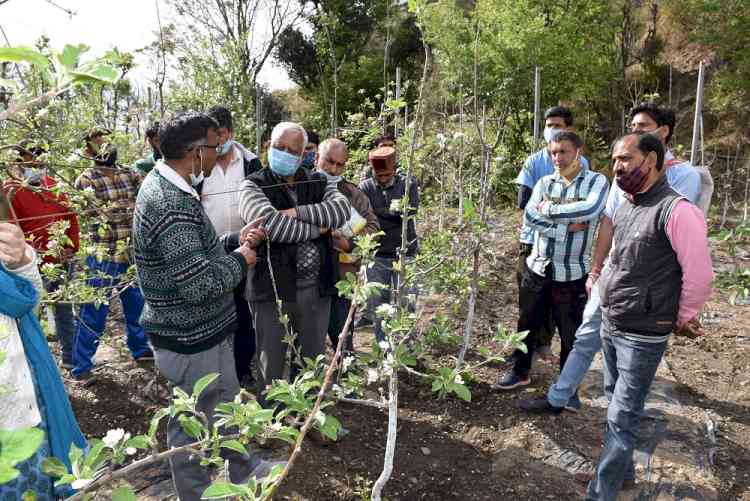 Nauni (Himachal Pradesh): Dr. Y S Parmar University of Horticulture and Forestry, Nauni is focusing on the holistic development of the farmers under the Himachal Pradesh Horticulture Development Project (HPHDP). The project is being implemented in various departments of the university with the aim of conducting research and transferring technology to the growers.

Visual presentations were given to identify insect pests such as woolly apple aphid, borers, mites, and scales. The farmers were also made aware of the different pest management methods and best practices for apple canopy management. During the training, special focus was given on the conservation of honey bees and other wild pollinators, and natural enemies.

Demonstrations were also given on how to use personal protective equipment, bioproducts, and pesticides judiciously and safely. Dr. Geetam Sharma (HDO) and Dr. Preet Pratima (HEO) from the Department of Horticulture facilitated the camps and informed the farmers about the ongoing schemes under the HP HDP. Detailed queries about pest control and training and pruning of the apple plants were addressed, and potential recommendations were made to improve faulty practices in their fields

SATTE 2021 concludes with message of revival and reconnect, witnesses over 10,000...