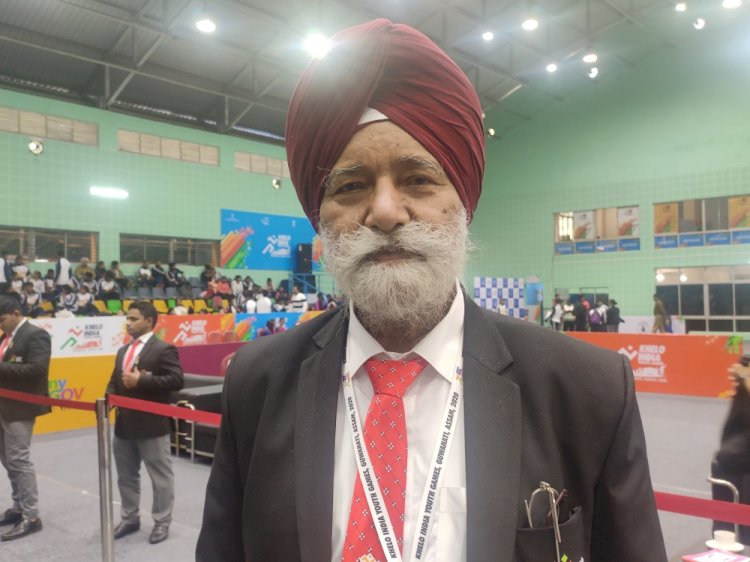 Guwahati: India's first Dronacharya Award winner in weightlifting Pal Singh Sandhu is excited for the future of weightlifting in India. Being a competition manager at the Khelo India Youth Games in Guwahati, Sandhu has seen many talented weightlifters in the last few days. Speaking on the sidelines of the tournament, Sandhu expressed that he expects Mirabai Chanu to be an Olympic medallist this year.

"The future of weightlifting in India is very bright. We have Mirabai Chanu, who is a world champion and with the grace of God, she will be on the podium in the 2020 Olympics," said the former coach of the Indian weightlifting team.

Sandhu lauded the Khelo India Youth Games, saying that the tournament will provide a good back-up of athletes for India's future Olympic medals.

However, Sandhu feels that India can unearth more talent if the inter-school games (nationally) are held two-three months before the Khelo India Youth Games.

The former weightlifter, who competed for the first time in 1960/61, continues to be a part of the weightlifting circuit as a competition manager in various national and international tournaments in India. Sandhu will turn 80 in April this year.

"I first competed in weightlifting for the Indian Navy team in 1960/61. I have been a senior nationals champion. I was the coach of the Indian men's and women's team. Now, I have the responsibility of conducting all the national and international tournaments in India. I am a competition manager or competition director in these competitions," signed off Sandhu.

Mohali and Patiala District to meet in finals of Punjab...