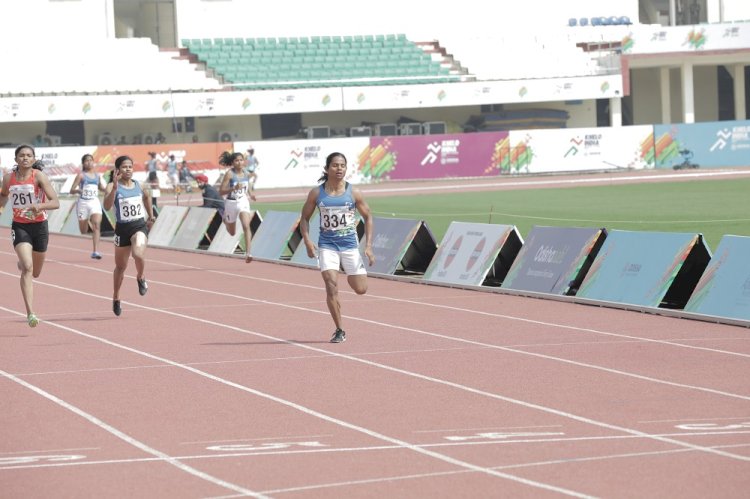 Dutee Chand in action in the women's 200m event.

Bhubaneswar: India's fastest woman Dutee Chand took to the track once again at the Khelo India University Games on Sunday and to nobody's surprise the sprinter raced away to another gold medal for the Kalinga Institute of Industrial Technology (KIIT). The 24-year-old picked up speed and took a massive lead quickly in the 200m final.

The sprinter won her second gold of the tournament on the last day of the Khelo India University Games. Chand lauded the way the competition has been organised in Odisha.

"The Khelo India University Games has been a good tournament for our state - Odisha. It was organised like an Asian Games, where the athletes were provided with accommodation, food and training facilities. The schedule of all events was strictly followed and the athletes were given ample rest as well. So, the competition was conducted very well and I would like to thank the Indian government and state government for organising the event," said the sprinter.

However, Chand stressed on the fact that there should be more tournaments organised in India for the betterment of all athletes.

"I think there should be two competitions per month in India. The more competitions take place, the better we will do. Only training will not help, one needs to keep taking part in tournaments as well," signed off Chand.

Brilliant century by Prabhsimran Singh for Rest of Punjab...