Says no permissions granted for home delivery of books, opening of shops etc 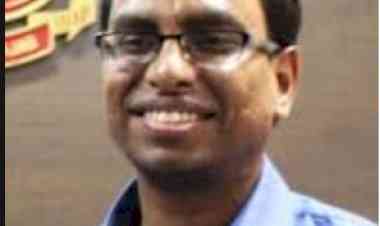 Ludhiana: Deputy Commissioner Mr Pradeep Kumar Agrawal today informed that in view of the Novel Coronavirus (COVID 19) pandemic, the District Administration Ludhiana would start testing of all people visiting the Sabzi Mandi with the help of “Rapid Testing Kits”. He assured that sufficient amount of Rapid Testing Kits have been received in the district and the testing through them would start shortly. He said that strict instructions have been given to Civil Surgeon Ludhiana in this regard.
In a press statement issued here today, the Deputy Commissioner clarified that no exemption have been given to open book shops or shops selling electrical goods/items such as Air conditioner, fridge, cooler etc. He informed that no permission has been granted to such shops.
He said that he has been getting some complaints that some shopkeepers are trying the home delivery of text books. He warned that if any shopkeeper tries to violate the government orders, then strict action would be taken against them. He again clarified that no shopkeeper (except those selling essential commodities) have been allowed to open their shops. He said that the shopkeepers selling essential commodities have also taken prior permission before starting their businesses.
He further informed that the industry is being allowed to open only conditionally and by taking due permission from the district administration. He said first of all, the industries in rural areas and focal points would be granted permission to run their businesses. He informed that for securing the permission, the industrialists would have to apply with General Manager District Industries Centre, Ludhiana and the industrialists seeking permission would have to ensure that their labour is quarantined within their factory premises. If the industrialist fails to quarantine the Labour inside the factory premises, then the labour would have to be provided with transportation service (only 50% passengers).
He further informed that the government development projects, whose construction was underway and that have to be completed in public interest, permission would be granted to complete them. He clarified that before starting any work, necessary permission needs to be taken from the District Administration and these permissions would be granted as per the new directions of the Punjab government. He informed that two officials have been deputed to ensure that they can check on site whether all the SOPs (standard operating protocols) are complied with when the contractor applies for permission.
The Deputy Commissioner informed that for all these works, the labour would not be allowed to commute on their own, besides the record of the health checkup of labour has to be maintained, and masks, sanitisers and soaps need to be provided to the labour. The persons seeking permissions would also have to ensure social distancing strictly. He informed that the district administration would hold checking of all industries/businesses to ensure whether all the directions are strictly complied with or not and if any industry/business is found violating these directions, strict action would be taken against them.
Mr Pradeep Kumar Agrawal informed that till date, a total of 1143 samples have been taken in the district, and reports of 1049 have been received, out of which 1030 cases are negative. He informed that till date, 19 cases (including 16 from Ludhiana and three from other districts) have been found positive, while one patient has been discharged from hospital after treatment.
The Deputy Commissioner reiterated that permission does not mean “blanket permission. He warned that every person would have to take due permission from the district administration before starting their shop/business.

All 34 primary contacts including family members of Corona...