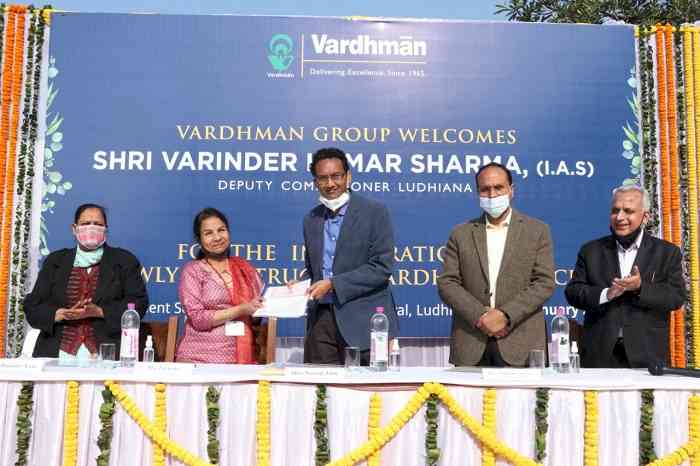 New school building has been constructed by Vardhman Group through CSR
Ludhiana: Vardhman Group continuing its journey towards its objective of strengthening the infrastructure of Educational Institutes such as Government Schools, constructed and handed over ‘Vardhman Block’ at Government Senior Secondary School, Ladhowal (district Ludhiana).

The Group’s CSR initiative Vardhman School Development Program, which has also been selected as the India CSR Project of the Year 2021 has presented the students with an opportunity to re-write their destiny.

The newly constructed school building comprising of twelve (10) classrooms, two (2) staff-rooms was handed over to the school management during an impressive ceremony at the school premises.

DC Ludhiana Mr Varinder Sharma acknowledged the steps taken by the Vardhman Group for the development of Government schools saying that this is a great initiative supporting the cause of ‘Education to all’.  He also urged other corporate houses to come forward and help in uplifting the school infrastructure in our state.

He also thanked the management of Versatile Group for constructing a toilet block in the school premises.

The School administration expressed gratitude and complemented Vardhman for its endeavours.

DEO Ms Rajinder Kaur urged the students to study sincerely and thanked the Group for providing the Government Schools with infrastructure as good as private institutions.

Mr Neeraj Jain, JMD, Vardhman Textiles said that “Through Vardhman School Development Program, we identify the need in the schools falling in the vicinity of our manufacturing units to devise sustainable and impactful solutions. Education is every child’s right and we are glad to be able to contribute to the cause.” 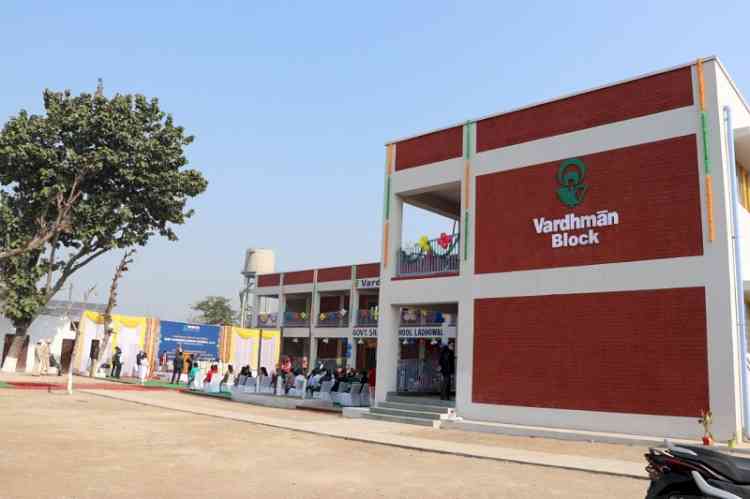