They extended best wishes to the promoted employee 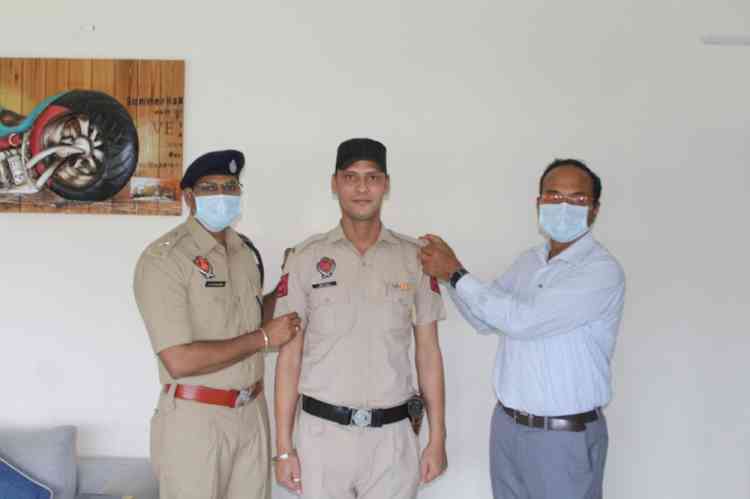 Ludhiana: Deputy Commissioner Varinder Kumar Sharma and Joint Commissioner of Police J Elanchezhian today performed the pipping ceremony to one of his security staff Constable Manish Kumar who has been promoted as head constable.

Deputy Commissioner and Joint Commissioner of Police that it was a red letter day for Manish Kumar as he got promotion after rendering meritorious services for eight years.

They said it was a matter of immense pride and satisfaction that Kumar was promoted to new post which they described as a new beginning in illustrious career of Kumar.

They extended best wishes to the promoted employee and expressed hope that he would uphold the glorious tradition of the Punjab Police to serve the people zealously.

They said that they were hopeful that Kumar would perform his duty diligently and dedicatedly and carve a niche for himself in the force by serving the society with full enthusiasm and devotion.

DC visits DBEE, interacts with youth during 'coffee with...