Day 3 of Online International Conference on ‘Ideology and Vision of Mahatma Gandhi: Global Relevance in 21st Century at PU 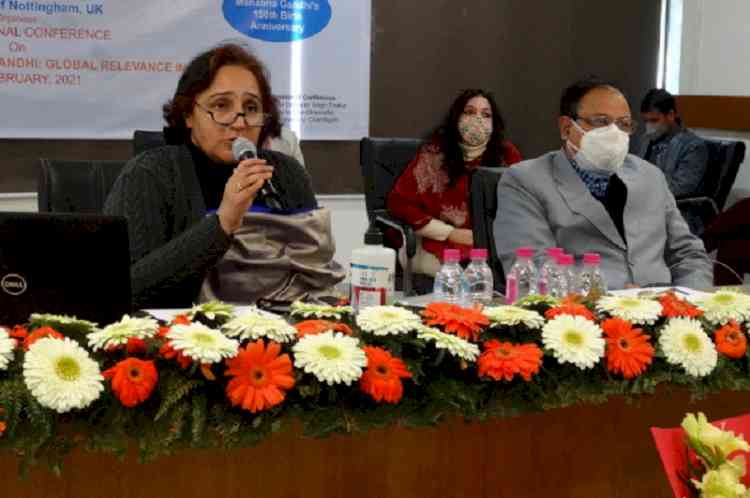 Chandigarh: Day 2 of the 3 day International Conference on Ideology and Vision of Mahatma Gandhi: Global Relevance in 21st Century’ was replete with engrossing sessions delivered by eminent speakers from all over the globe.

Session III
The first session of day 2 was moderated by Prof. Simrit Kahlon, Prof. of the Department of Geography. The session began with Prof. Kaushal Sharma, Director, Indian Council for Cultural Relations (ICCR) North sharing views on ‘Nai Talim: Relevance in the 21st century’. Prof Sharma related the Gandhian concept of Nai Talim to the ancient Indian philosophical systems as recorded in the Vedas, Upanishads and Vedanta systems. The Indian concept of education as being a ‘product for salvation’ was geared to make the student more self reliant.
Prof. Stephen Legg from the School of Geography, University of Nottingham, UK delivered an engrossing presentation on ‘Reapproaching Gandhi’s time in London 1931: Silences and Domestic Spaces’. Prof Legg recounted many interesting incidents, embellished with pictures about the time Gandhi spent in London while attending the Second Round table Conference in London as the representative of the Indian National Congress. Prof Legg drew attention to the fact that Gandhiji choose to stay in the working class neighbourhood of East End of London for the duration of the conference. Gandhi was especially interested in the women from the working class. Nancy Cox McCormach was an artist who followed Gandhiji to Kingsley Hall and joined the other ladies like Mira Behn and Sarojini Naidu who were also in London at that time.
The third speaker of the first session was Prof Petra Molthan-Hill from the Nottingham Business School, Nothingham Trent University, UK. She shared her views on Climate Change Education and its linkages with Gandhian philosophy and views on finding sustainable ways of living. The change and propagation in education can be a key factor in averting climate change and also preparing the next generation to deal with the various challenges and issues posed by the pandemic. Carbon Literacy training and better awareness of the impact of human activity on the climate and environment can be the ways forward as already advocated by the Gandhian concept of sustainable living. The invigorating session concluded with the Vote of Thanks were Dr Simrit Kahlon from the Department of Geography, Panjab University, Chandigarh.

Session IV
The second session of Day 2 was moderated by Major General Dhruv Katoch, Director, India Foundation, New Delhi and had distinguished speakers who shed light on the theme of ‘Sarvodaya and Service of Human Society: Global Relevance Today’. Sir Meghnad Desai, renowned economist from the London School of Economics, UK shared extremely interesting 2 observations on ‘Mohan to Mahatma: How an ordinary young man from Porbandar became Gandhi’. Sir Desai elaborated how self aware and conscious Gandhi was even as a young child, as becomes evident from his reactions on the death of his father. His decision to learn Latin also shows his determination to be different and unstinting ability for diligence. During his London days as a student, Gandhi did not feel discriminated against and at the age of 21, he was convinced that he was not inferior to any one by any means.
Prof Rajvashisth Tripathi from BHU and University of California delved upon ‘Sarvodaya and Human Selfishness: Prospects of regulating selfish genes by human thoughts. Sanatani Sanskriti or Sanatan educated individual is the basis of Indian philosophy and in his book ‘Hind Swaraj’ Gandhi realised that selfishness was at the core of Indian capitalism. Only with Sanatan cultural thinking will India be able to extract the full potential from Nai Talim or the New Education Policy 2020.
Dr Linda Gibson from the School of Social Science, Nottingham Trent University, UK spoke at length about the ethics and philosophy in partnerships. There have to be shared values in the social, cultural and educational context for any partnership to be successful. All partners have to demonstrate ample responsibility and ownership for the partnership to be successful.
Chairperson, Peace Studies, Philippines Prof. Herbert Bufete Rosana spoke about the significance of Gandhi and Tolstoy pacifism in the present geo political situation and security concerns. He described both the global icons Gandhi and Tolstoy as being the embodiments of eastern and Western philosophies. Gandhi was inspired by Tolstoy’s ideas of non-violence and also derived these ideas from Hinduism.
Mr. Sanjoy Singh, Secretary, Government of India also spoke about the relevance of Sarvodaya in today’s times. In the second phase of the freedom movement, Gandhi used the principles of Sarvodaya to establish the vision of society as it would exist in independent India. The basic premise of Sarvodaya and indeed Gandhian philosophy is Love and we should attempt to imbibe this feeling on love for the other.
The stimulating session concluded with the Vote of Thanks by Prof. Anju Suri, Dean International Students, PU and Former Chairperson, Department of History, Panjab University, Chandigarh who is also the Director of the 3 day International conference. 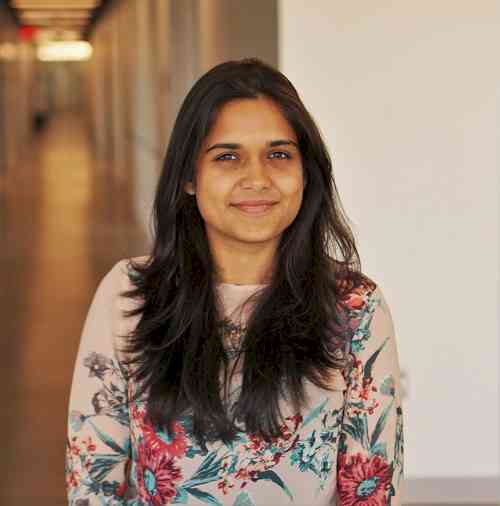 University of Maryland, US confers PEC student with 'Outstanding... 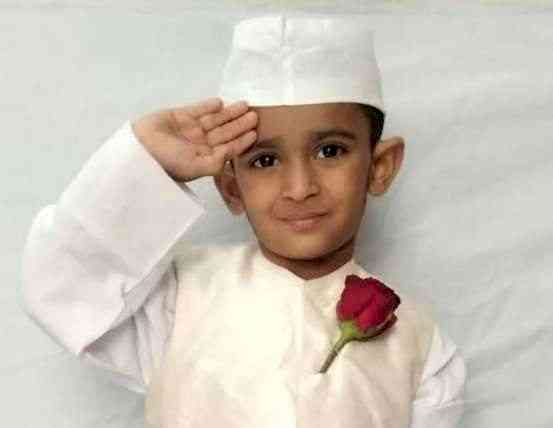 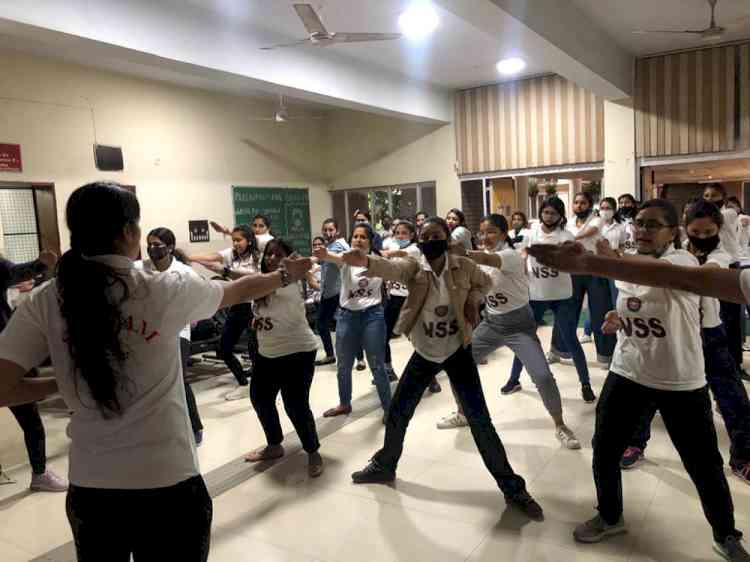 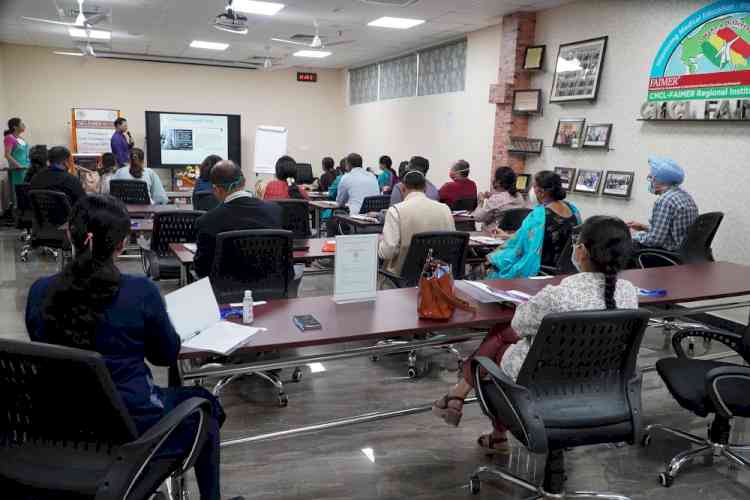 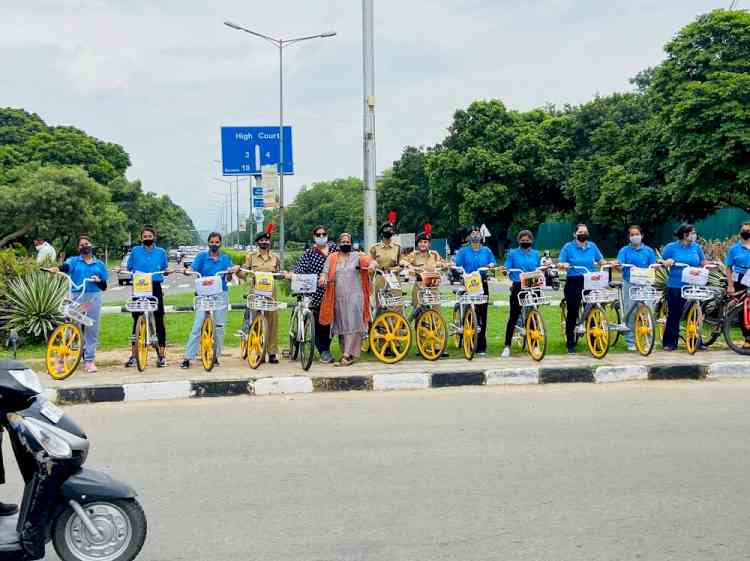