Hassan is preparing himself to represent India at international kickboxing championships 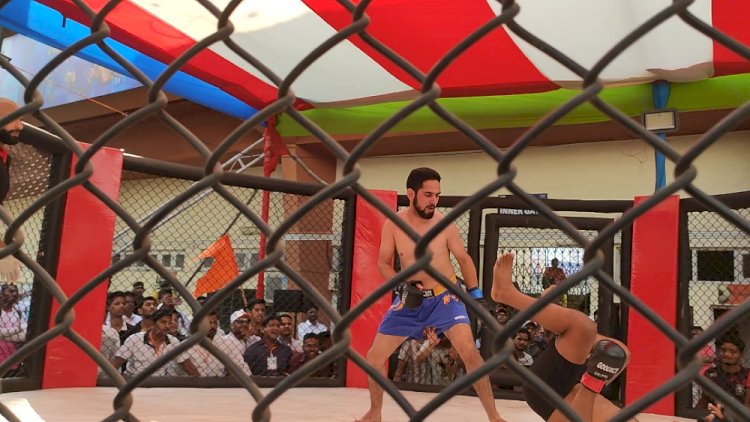 Jalandhar: Suhail Hassan, a student of CT Group of Institutions, who is pursuing B.Tech CSE (Semester 6) has once again made the institute and city proud after bagging a silver medal in Mixed Martial Arts (MMA) National Championship held at Yuva Khel Summit 3.0, an inter-college sports festival held in Mumbai recently.
Sharing about his experience he said, “Well, I belong to South Kashmir but I have taken admission in this institute because this institute always support budding talent and have always encouraged the talented students to take part in various competitions. For this event as well, the campus has supported me and this was a lifetime achievement for me by participating in this national level event where professional players participated and it was a tough competition for me to crack. I also met members of Federation of MMA India and exchanged thoughts.”
He has interests in these sports activities since his childhood and has bagged various other national honors as well. Last year, he bagged a gold medal in below 65kgs/ senior weight category at 4th J&K State Kickboxing Championship. In the year 2015, he won silver medal in a national kickboxing championship, followed by bronze medal under 54-57kg (senior) at 5th Muaythai India National Federation Championship in Sikkim. He has also participated and won positions in National Mallakhamba Championship in 2010-11. He has also tried his luck in Taekwondo Championship as well as in Wushu Championship.
For future, Hassan is preparing himself to represent India at international kickboxing championships.
While congratulating him on his big achievement, Charanjit S Channi, Chairman CT Group of Institutions and Manbir Singh, Managing Director said, “We congratulate him on his major victory and wish him luck for his future competitions. Institute will surely support him in all best ways in future too.”