Cong insulted Dalits by saying Punjab polls to be fought under Sidhu: BJP 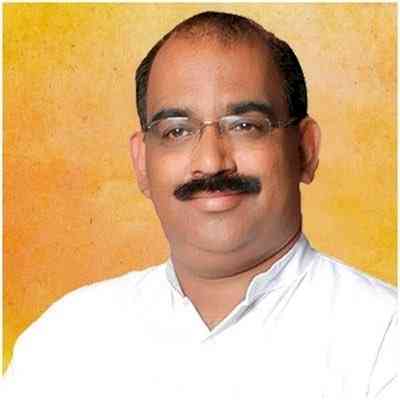 New Delhi, Sep 20 (IANS) Hitting out at the ruling Congress for party's Punjab in-charge Harish Rawat's comment that 2022 Assembly polls will be fought under the leadership of state party Chief Navjot Singh Sidhu, the opposition Bharatiya Janata Party (BJP) said the Congress has insulted the Dalit community of Punjab and the country.

Punjab BJP President Ashwani Sharma told IANS that to control infighting in its party state unit, the Congress leadership made Channi ji (Charanjit Singh Channi) the Punjab Chief Minister but insulted the Dalit community by not allowing him to lead the party in the upcoming state Assembly polls.

"If the Congress is not confident of the leadership capability of Charanjit Singh Channi, then why did they make him the Chief Minister for four months just before the state Assembly polls," Sharma asked.

Comparing Channi with a night watchman, Sharma further said, "The comments of Congress leaders Harish Rawat and Sunil Jakhar show that no one in the Congress party has faith in Channi's leadership. They (Congress) have made mockery of Channi and insulted Dalits of Punjab and the country."

Earlier on Monday, former Punjab Congress President Sunil Jakhar tweeted, "On the swearing-in ceremony of Charanjit Singh Channi as Chief Minister, (Harish) Rawat's statement that 'elections will be fought under Sidhu' is baffling. It's likely to undermine the Chief Minister's authority but also negate the very 'raison d'etre' of his selection for this position."

Quoting Jakhar's tweet, BJP National Spokesperson R.P. Singh said, "Someone else will be captain of Punjab, is @Charnjit_channi only Night Watchman?"

Amit Malviya, BJP's IT cell National in-charge, tweeted, "This is a huge insult to the entire Dalit community if Charanjit Singh Channi has been made the Chief Minister, only to hold the seat for Navjot Singh Sidhu, the chosen Gandhi family loyalist. This completely undermines the Dalit empowerment narrative being peddled by the Congress. Shame."

"Dalits are now mere political pawns in Congress' devious politics. In Punjab, they claim to have made a Dalit CM, only to be posted as a night watchman till Gandhi family loyalist Sidhu takes over. But maintains deafening silence over lynching of a Dalit youth in Rajasthan," Malviya said.

Ahead of Harish Rawat's visit to Punjab, factionalism escalates...