Bullah Ki Jaana from Zareen Khan's Hum Bhi Akele, Tum Bhi Akele is a song that you can play on loop! Out now!

The lyrics of this iconic track are penned by Bulleh Shah 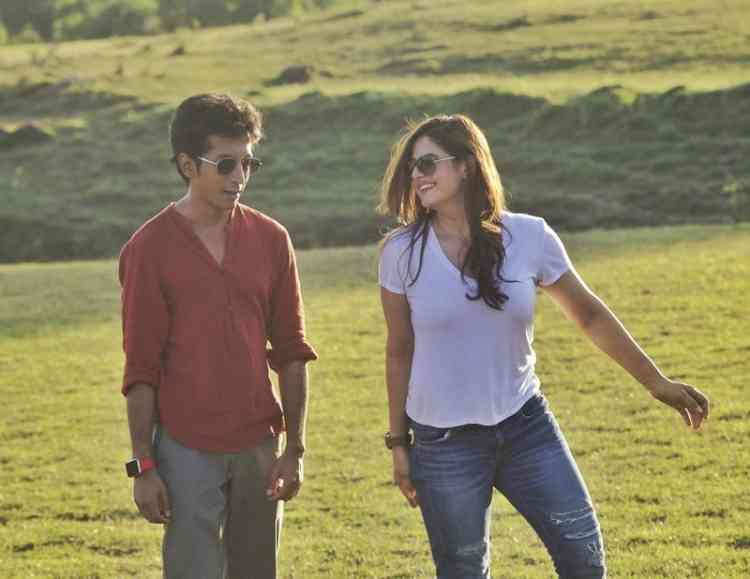 The film Hum Bhi Akele Tum Bhi Akele starring Zareen Khan and Anshuman Jha has garnered rave reviews for its trailer that was recently launched. The endearing trailer has left the audience for more, and the same has been followed up by the latest track, 'Bullah Ki Jaana" that is now out for everyone to play on loop!

The lyrics of this iconic track are penned by Bulleh Shah, the Punjabi philosopher and Sufi poet during 17th-century Punjab, wrote 'Bulleya Ki jaana main Kaun' which means 'Bulleya! to me, I am not known 'And this song marks the film's tribute to him from the 21st Century as Zareen and Anshuman search for identities in 'Hum Bhi Akele, Tum Bhi Akele'. Sung by Adil Rasheed and composed by Oni-Adil, and showcases the journey that the 2 friends have embarked upon. It highlights the raw emotions that both Mansi and Veer are going through, and coupled with the electrifying background score, it is one song that you can hear on repeat.

The riveting film has been a subject of heated discussion ever since its announcement and even won ‘Best Film' at its World Premiere in New York at the South Asian International Film Festival. 'Hum Bhi Akele Tum Bhi Akele' was also showcased this year in January at the Rajasthan International Film Festival, where it won Best Director, Best Actor and Best Actress award. Zareen, who poured her heart and soul into the character couldn't be more excited as the film has now been selected as the 'Official Centrepiece' film at the Indian Film Festival of Melbourne.

A humane story of two friends Veer and Mansi - Veer who's gay and Mansi, who's a lesbian, Hum Bhi Akele Tum Bhi Akele takes audiences on a road trip and a turn of events that change their lives. The film soon readies for its OTT release on May 9.

I broke down one day while driving and kept saying that...

Yasmine is a character that made me challenge myself the...