Says statue being installed to promote our rich historical legacy 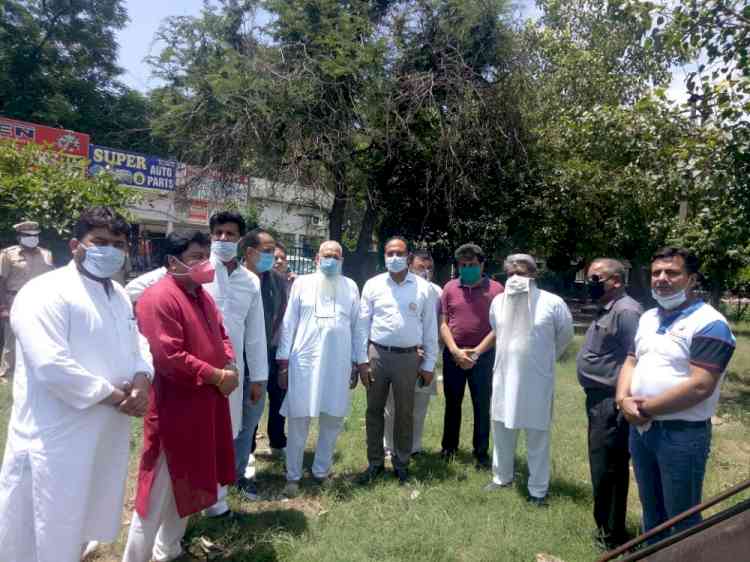 Ludhiana: Punjab Food, Civil Supplies & Consumer Affairs Minister Mr Bharat Bhushan Ashu today informed that in an order to promote our rich historical legacy, the Captain Amarinder Singh led Punjab government will be installing the statue of Bhagwan Parshuram Ji (6th Avatar of Vishnu Ji) in Ludhiana. He said that this statue would be installed at the Shri Parshuram Ji Park near Dholewal Chowk, here.

Accompanied by Mayor Mr Balkar Singh Sandhu, Deputy Commissioner and several others, Mr Bharat Bhushan Ashu today visited the park near Dholewal Chowk where this statue is to be installed.

Mr Ashu described the initiative as an instrument to connect the youngsters with the past of their ancestors. It has been decided to mark respect for great freedom fighters, reverend saints, valiant warriors, besides noted personalities, he said. Adding, he said that these iconic symbols would help create awareness among young generations about India’s and Punjab’s rich religious legacy, as well as historical and cultural heritage.

He informed that the statue of Baba Maharaj Singh would be installed in his native village Uchi Rabbon in the district.

Under atma nirbhar scheme, free ration to be provided to...

For benefit of migrants wanting to travel to their home...