In remembrance of Brahma Baba 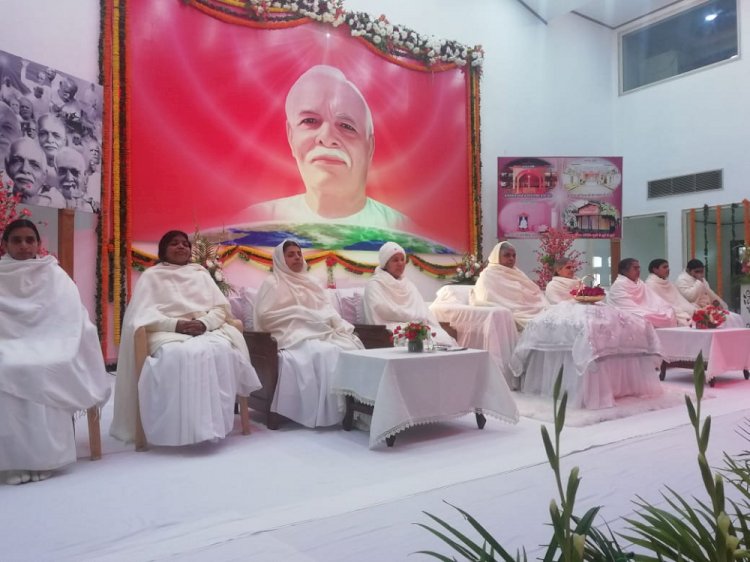 Ludhiana: Brahmakumaris Ishwariya Vishav Vidhayala commemorated 18th January, as Smriti Divas (Day of Remembrance) of Brahma Baba at Vishav Shanti Sadan Jhande under guidance of Center In-charge Saras didi.
This is one of the most commemorated occasions across all the centers of Brahma Kumaris in the world. On the same day, in 1969, Brahma Baba left his corporeal body.

Dada Lekhraja was an ordinary and yet an unusual person. A successful self-made businessman, a family man and a pillar of his community. Many of his friends called him Dada (elder brother) as a sign of endearment. After the descent of God into his body, he was given a different name, one befitting his new role, Prajapita Brahma (the Father of Humanity).  He is remembered by the name of Brahma Baba.

Brahma Baba’s uniqueness was not merely in possessing the highest virtues but also in his ability to bring out those same virtues in the souls who came in contact with him. Brahma Baba is a person who proved that it is possible to become perfect; it is possible to master the mind and emotions; it is possible to create a perfect destiny. Smriti Divas is the occasion to remember this perfection he attained and also the unique qualities he had.

All sisters and brothers of Brahmin Family remembered the specialities of Brahma baba so that we can follow his footsteps. In the end everyone got parsad and did group meditation.