The book has been penned by Ranjodh Singh 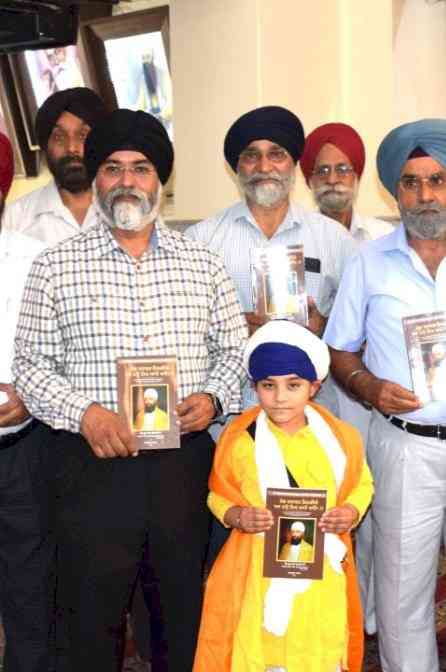 Celebrating the 400th birth anniversary of Teg Bahadur Sahib Ji with great devotion, passion and respect and connecting the present generation and children with the principles and teachings of Guru Ji, is relevant book, which has been compiled in world's nine major languages including French, Spanish, German, Italian, Dutch and Chinese. It will be a historical document for the entire humanity. Thanking all the sangat, Mr. Ranjodh Singh said, efforts to celebrate the 400th birth anniversary of Sri Guru Tegh Bahadur Sahib Ji with full devotion as well as Guru Sahib Ji's reaching out to the people of the world by dedicating their sacred teachings, doctrines and teachings to the people of the world.

Amar Chitra Katha comic books to be turned into animated...

An interview with Seema Jain by Dr Ajay Sharma about `Poetic...