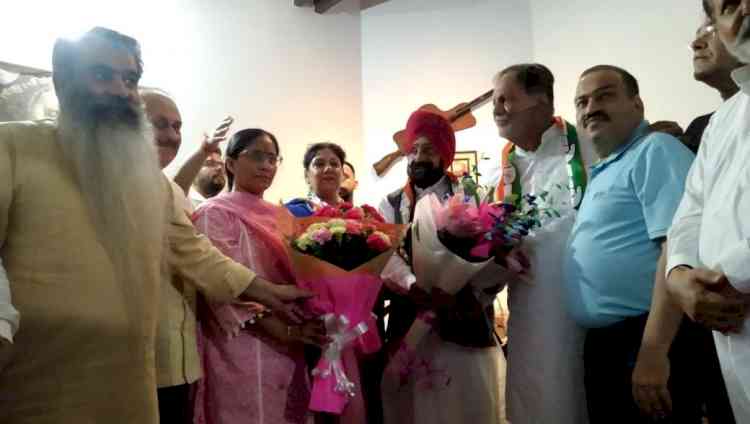 Both the leaders said that they were disillusioned due to anti-people policies of BJP. They said that for the last many months, the BJP leaders have been cut off from their workers and rather than working for the betterment of common man, they have been working merely to safeguard the interests of a select corporate houses. They also alleged that the BJP has lost the vision and will to serve the common man.

They alleged that the way BJP has handled the farmers issue, the BJP leaders cant even face common man and face protests daily. So listening to their conscience, they have decided to join the Congress. They said on the other hand, Chief Minister Charanjit Singh Channi led Congress party is a government of common man.

While welcoming both the senior BJP leaders into party fold, Bharat Bhushan Ashu said that both Maninder Kaur Ghuman and her husband Davinder Singh Ghuman would be given due respect in the party forum and it would also strengthen the party in Ludhiana (West) constituency.