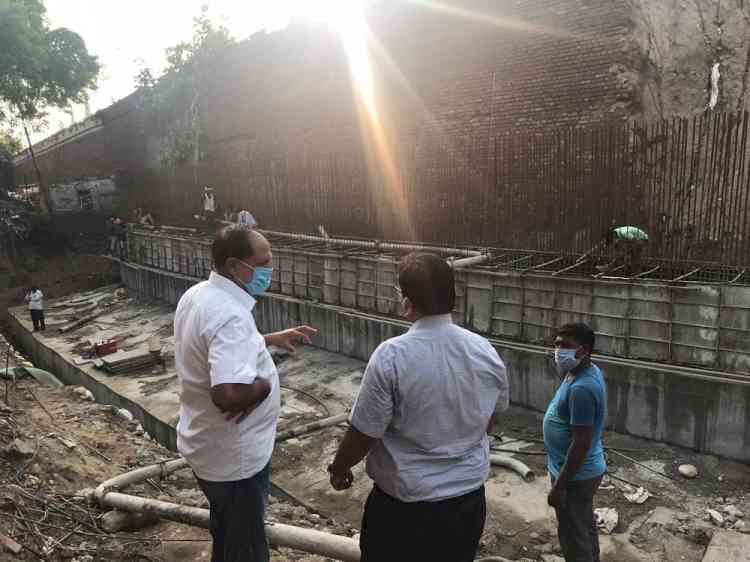 Mayor Mr Balkar Singh Sandhu and MC Commissioner visited the site today evening and ordered an inquiry to look into the matter as to why the work was halted for 4 days, despite the fact that all payments have been made to the contractor.

Mr Sandhu informed that the MC officials have prepared a revised estimate of around Rs 40 lakh for the ongoing construction work. “We would get the estimate inquired from the experts from Guru Nanak Dev Engineering College and Punjab Agricultural University. We have also marked a high level inquiry to find out as to why the work was halted for 4 days despite the fact that all payments have been cleared,” said the Mayor.

He said that any MC official found guilty of misguiding senior MC officials would not be spared and strict action would be taken against them. He assured the residents that the work related to the Jagraon Bridge is near completion and it would be opened for vehicular traffic in next few days.

Acting as a path of the spirit at PU

Capt Amarinder hits out at SAD and AAP for dirty politics...