Says it was long pending demand of residents 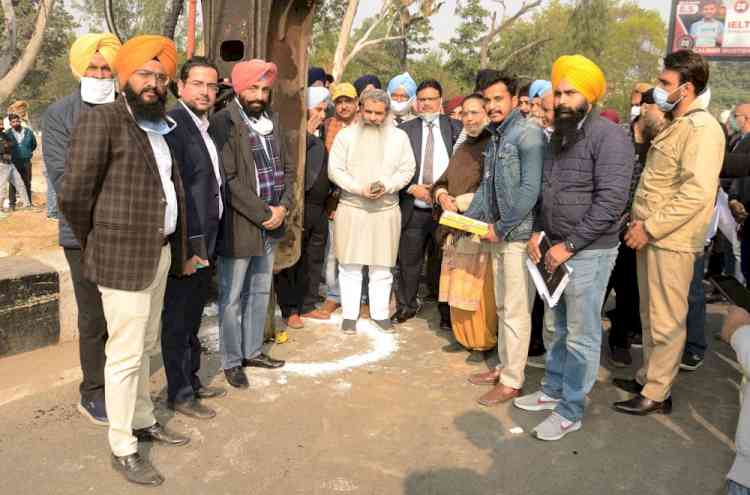 Ludhiana: For the welfare of residents, Punjab Food, Civil Supplies & Consumer Affairs Minister Mr Bharat Bhushan Ashu today inaugurated the start of work related to the widening of one of the two bridges on Sidhwan Canal that connects Bhai Randhir Singh Nagar with Sarabha Nagar. He said that this was a long pending demand of the area residents as with the increase in vehicular traffic, there used to be traffic congestion on one of the bridges.

He further stated that the widening of the Sidhwan Canal bridge connecting Bhai Randhir Singh Nagar with Sarabha Nagar (near MC Zone D office) would be carried out with a cost of Rs 1.40 crore. This project would be funded by the Ludhiana Smart City Ltd and would be executed by the Punjab Irrigation Department. He said that this project would be completed by February 2021 at every cost.

Mr Bharat Bhushan Ashu stated that the Sidhwan Canal bridge would be widened from existing 4 metres to 9 metres and would benefit the area residents to a large extent. He urged the residents to take alternate routes while coming towards this side as due to the ongoing construction work, the traffic (to and fro) would be diverted onto the adjoining bridge. He also assured the residents that this widening work would be completed by February 2021.

COVID 19: As safety measure, farmers can visit mandis only...