Baalveer tries to stop the elephant, but his powers fall short

He soon realizes the situation is out of his control 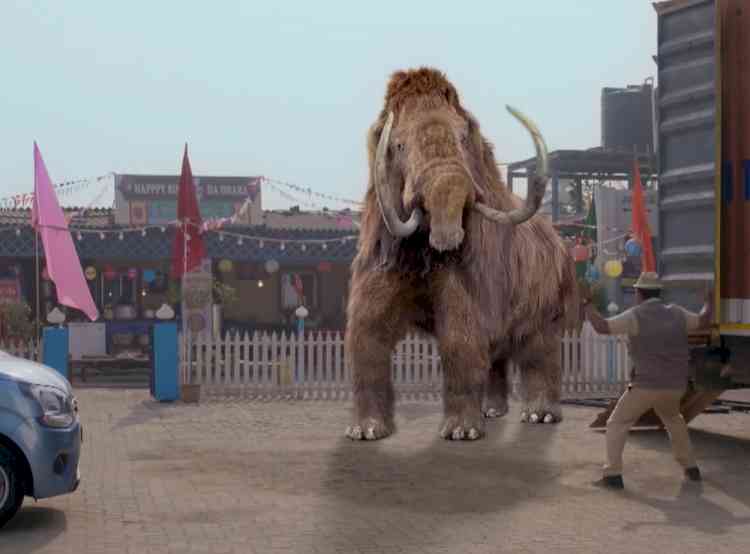 Sony SAB’s fantasy show Baalveer Returns is set to take an astonishing twist as the upcoming episodes guarantee thrill with each scene. After failing to lure Vivaan (Vansh Sayani) into his trap, Ray is planning an attack on Baalveer (Dev Joshi) and Vivaan’s society with the help of a Siberian elephant. The forthcoming episodes are ready to take the viewers on an adventurous ride as Vivaan’s mother Karuna (Jaya Binju) becomes a victim to a mother elephant’s wrath.

After a grand comeback, Baalveer returns to Veer Lok with his original powers. Frustrated with his failed attempt of keeping Baalveer dead, Ray (Shoaib Ali) schemes his next havoc on earth with the help of a Siberian elephant. Ray transforms himself into Vivaan and takes away the baby elephant from its mother. An agitated and furious mother elephant marches to the society in search of Vivaan and destroys everything on her way.

Baalveer tries to stop the elephant, but his powers fall short, and he soon realizes the situation is out of his control. The elephant marches towards Vivaan to kill him, but Karuna instantly stands in front of Vivaan to protect him. The elephant instead takes away Karuna along with her.

How will Debu and Vivaan save Karuna and find the baby elephant?

Dev Joshi, essaying the role of Baalveer said, “It was exciting to make a comeback as Baalveer. Playing the ghost was an entirely new experience in itself but I certainly missed wearing my Baalveer costume. The upcoming episodes are exciting and a visual delight in itself. Debu and Vivaan will be in a fix as Karuna has been taken away by an angry Elephant and now their biggest task is to find the baby Elephant to bring Karuna back. But the real struggle is the fact that both Vivaan and Debu have no idea of the baby elephant’s whereabouts. It will be interesting to watch how they try to find the baby elephant and if they’ll be able to save Karuna on time.”

Vansh Sayani, essaying the role of Vivaan said, “I loved the narration of the upcoming episodes and shooting for this was a fun experience. The visuals are going to be amazing as we are standing by our promise of bringing a new adventure of Vivaan and Debu every week for our fans and viewers. This week, Vivaan and Debu are standing against a gigantic Siberian elephant and it will be interesting to watch how they navigate through this challenge as Vivaan’s mother, Karuna’s life is at stake.”

Myntra launches ‘Myntra-Mall’ on its app

Will Garima and Susheela’s truth be revealed in front of Dharampal in Sony SAB’s...