To premiere on Sony SAB from August 26 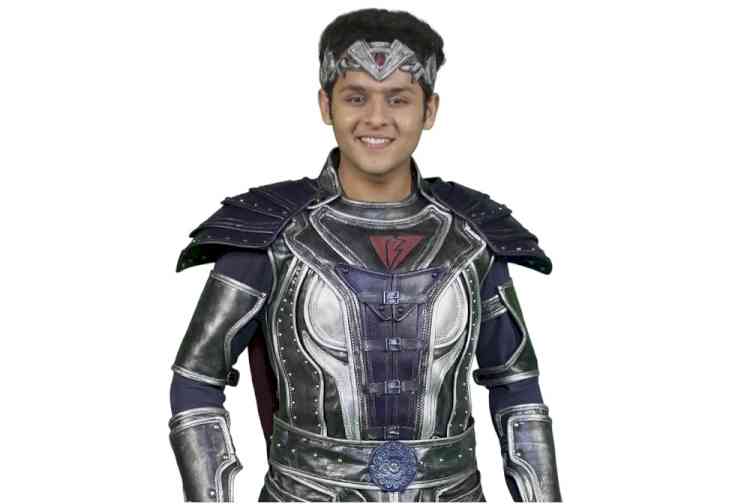 Baalveer Returns is set to capture the imaginations of millions as it welcomes a never seen before world that marks the next chapter of Baalveer’s adventurous life. The mystical journey of Baalveer is all set to enthrall fans yet again as Sony SAB gets ready to launch Season 2 of its exceptional fantasy drama Baalveer Returns from August 26th at 8 PM. The brand new season introduces the splendour of the underwater world for the first time on Indian television.

Fans will get to see Dev Joshi and Anahita Bhooshan in an entirely new setting as their characters Debu and Ananya step into their college life in this season. Baalveer, on the other hand will be seen battling the evil forces of the underwater world which possess unique powers while coming face to face with his long lost brother, Ray, played by immensely talented Shoaib Ali. Caught between the fine line between good and bad, Ray blames Baalveer for the downfall of their family and wants to avenge his father’s death.

Produced by Optimystix Production, the show promises action-packed sequences blended with sorcery and one of its kind superpowers to keep viewers intrigued. With some of the best in class visual effects and cutting-edge stunt work, Sony SAB’s Baalveer Returns takes a step ahead to wow the audiences with its gripping storyline, dazzling sets and brilliant performances.

The underwater world introduces several new characters each possessing extraordinary powers that are bound to mesmerize the viewers. Capturing the youthful and fiery dynamics between the characters, Baalveer Returns Season 2 enjoys the stellar cast including Digvijay Purohit as King Varun, Saarika Raghwa as Baambaal’s daughter Ritwika and Shweta Khanduri as Baambaal’s loyalist, Milsa amongst others.

Talented Vimarsh Roshan will be seen essaying a rather unique character, a power-hungry and a cunning antagonist, Baambaal, the evil manifestation of desire. Ghadiyal, a ruthless tyrant, eyes the throne of King Varun with an intention to set free the massive fungi-trapped army to stage a coup. With his evil intentions, he is ready to do anything and everything conceivable in his bid to destroy Baalveer and rule the infinite underwater world.


Dev Joshi, essaying the role of Baalveer aka Debu said, “I’m ecstatic about this brand new season of Baalveer Returns. Baalveer continues his thrilling adventures for the loyal viewers and fans who have supported the show since the beginning. We returned last year with a promise to bring one of a kind show with cutting edge visuals and grand supernatural world. Season two takes several steps further as a grand and mesmerizing underwater world is set to captivate our fans and viewers. Baalveer enters the next chapter of college life with his friends completely unaware of the greater threat that lies ahead. . So stay tuned as a new world awaits for our beloved viewers.”

Anahita Bhooshan, essaying the role of Ananya said, “I am very excited for this new season of Baalveer Returns. Ananya’s character has evolved a lot since her entry in the show and she is set to step in the next phase of Baalveer Returns. I was overjoyed to learn about the new storyline and my excitement knows no bounds. The new season can be described as magnificent and action packed. It’ll take the viewers along as Baalveer and Ananya step into college. Baalveer and his team are now about to face another threat and it will be interesting for the viewers to watch what happens next.”