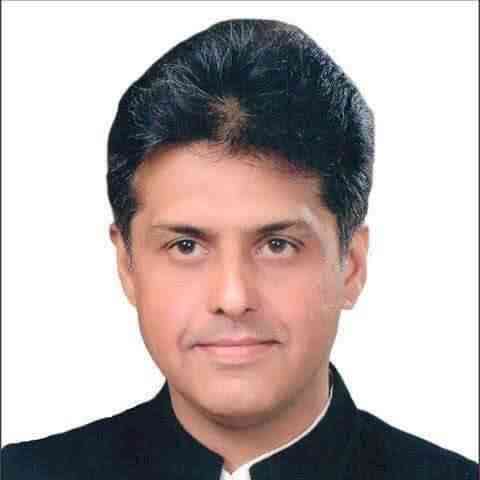 Chandigarh: Apprehending that the setting up of solar parks in his parliamentary constituency may face roadblocks, Shri Anandpur Sahib MP Manish Tewari has sought the review of the provisions of the Punjab Land Preservation Act (PLPA) 1900 in view of the erroneous position taken by the Punjab government in the Supreme Court of India about two decades ago that restricts a large areas of land in ‘kandi’ belt from being used for industry as it is shown to be ‘forest land’.

In a letter to the Chief Minister Capt Amarinder Singh, Tewari said, he had proposed the setting up of solar parks in his parliamentary constituency which has huge ‘kandi’ (barani ) land. However, he added, he learnt that most of the land cannot be utilized for any commercial or industrial purpose since it has erroneously been included into the ‘forest land’ area about twenty years ago to meet the minimum requirement of 33 percent of forest cover per state as per the National Forest Policy of the Government of India.

The MP apprehended that if the concerned district administrations were able to find and identify the land for setting up of the ‘solar parks’, the state government would have to go to the Supreme Court or the Central Empowered Committee of the Ministry of Environment and Forests to get the said parcel of land delisted from its classification as ‘forest land’.

He suggested that it would be appropriate if the Chief Minister could at his level convene a meeting of the industries, new and renewable energy, forest , revenue and other departments at the earliest to take a fresh look at the whole issue of lands in the kandi and hilly areas of Punjab, wrongly being closed off to all development because of the erroneous position taken by the state government before the Supreme Court of India with regard to PLPA lands

Tewari disclosed that in the wake of COVID-19 a number of European countries have specifically targeted their stimulus packages to incentivize the use of green energy globally by supporting their companies and enterprises engaged in this endeavour. “If we are smart and quick, Punjab would be able to attract substantial foreign direct investment for both solar parks and ultra mega solar power projects”, he added.

JK Tyre gets recognition from Confederation of Indian Industry...

Written examination for Revenue and Canal Patwari and Zilledar...

Exemplary punishment within 24 hours should be taken against...