What will happen next in Sony SAB’s Maddam Sir? 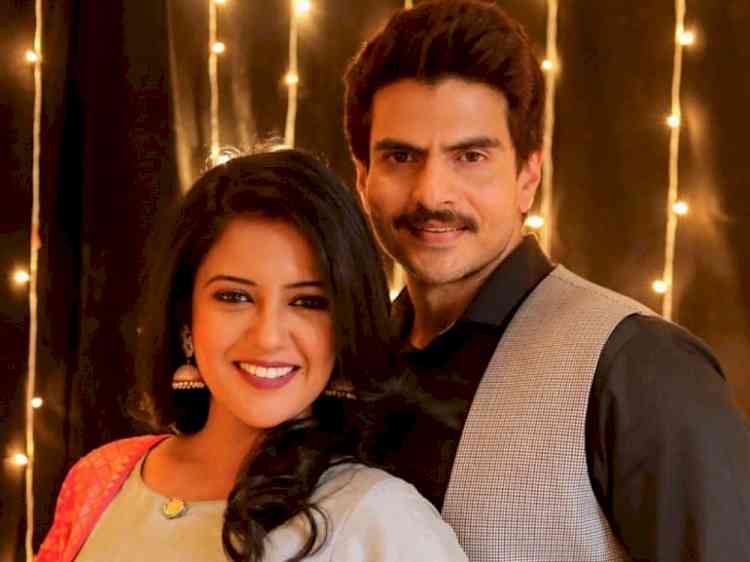 Sony SAB’s value-driven show Maddam Sir is known to win over the hearts of the audience by depicting the story of four lady police officers who solve cases with jazbaat. The show is now all set to witness a dramatic twist as SHO Haseena Mallik (Gulki Joshi) will be left heartbroken on the occasion of her engagement with DSP Anubhav Singh (Rahil Azam) in the upcoming episodes.

A series of twists and turns entails for the viewers as Anubhav doesn’t show up at the engagement ceremony, keeping Haseena waiting. While Anubhav gets an important call, he then begins to behave strangely and decides to cut off all ties with Haseena to the extent of breaking off their engagement by not turning up for the occasion. Amidst, the chaos present at the ceremony, a new case arises for Haseena as Shalini (Preeti Puri) is looking to file a complaint against someone who has registered her name on a matchmaking website to get her married again. After waiting for hours, Haseena gets furious and accepts that DSP Anubhav will not show up. Heartbroken but yet still manages to solve the case and arrange the re-marriage of the widow at the same venue.

What is it that triggers DSP Anubhav Singh to call off the engagement? Will Haseena be able to handle this heartbreak? What will happen next?

Gulki Joshi, essaying the role of Haseena Mallik, said “With a strong belief in policing with heart, SHO Haseena Malik is known to be a witty and a headstrong woman who believes in bringing sensitivity in all that she does. Although Haseena will feel heartbroken as DSP Anubhav Singh doesn’t show up at their engagement, she musters the courage to move on in life for the better. I am eager to witness the viewer’s response on the upcoming episodes of Maddam Sir and I would like to urge all our fans to switch on to Sony SAB and witness the new drama unfold. I am sure it will be enthralling as always.”

Rahil Azam, essaying the role of DSP Anubhav, said “Although DSP Anubhav cannot express his feelings to anyone at the moment, he is equally heartbroken as much as SHO Haseena Mallik is. It had been a while since the two have been wanting to make their relationship official. However, due to unavoidable circumstances, he had to make the difficult decision of not attending their engagement and calling it off. It will be interesting for the viewers to watch how the drama in the upcoming unfolds. What is that triggers DSP Anubhav Singh to risk his relationship with SHO Haseena Mallik.”

Dr. Subhash Chandra settles over 91 per cent debt to lenders, as per his commitment

Bobby Deol and Abbas Mustan team up again after 8 years

Universal Music India all set to get you in Valentine's...

Gulki and Yukti have taught me how to be powerful as an...

It was funnier than expected: Nanjil Sampath on Colors...