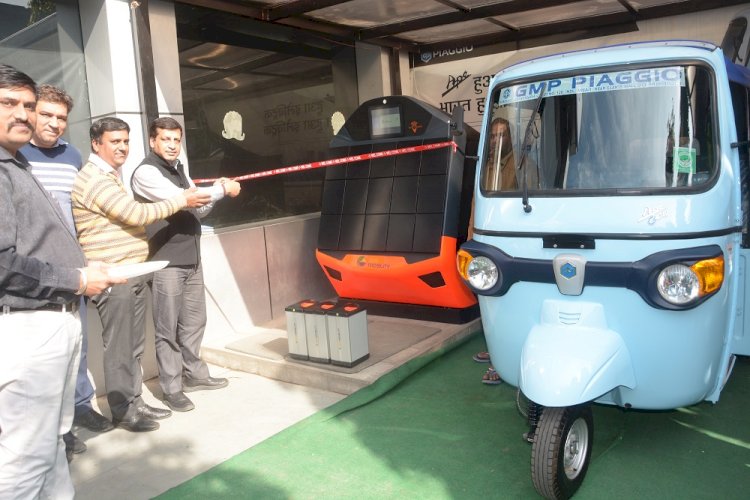 Chandigarh: The Chandigarh Administration encouraging e-vehicles over CNG /LPG for public transport. In this pretext, Transport Authority of Chandigarh’s Director Uma Shankar Gupta and Secretary Harjeet Singh Sandhu inaugurated the smart battery charging station on Friday at Industrial Area Phase 1. Post launch ceremony said  that more  such charging stations are planned at Chandigarh, Charging rates for swapping of all  three batteries of an auto will be Rs 120 and will last for 70 kilometres once fully charged.

People will be able to see their nearest charging station online
It is a unique concept of its kind, which will work through a mobile app. On the mobile app named Electricify, vehicle owners can see online which is their nearest charging station and which charging station is currently available or how much is waiting for charging.
Significantly, the number of e-autos is only 60 in Chandigarh, while the government is making a strong effort to run e-autos in the city to minimise  pollution. To promote e-auto, the government has also waived road tax and parking fees on it.
Although the government has stopped the registration of diesel, LPG, CNG  autos in the city and  only about 6500 autos already running in Chandigarh are plying, but the root cause of pollution is 5000 autos daily coming from Mohali and Panchkula, about which the government will take strict steps to make  Chandigarh  pollution free.

Dry Ration for families in sealed village Faidan from Rotarians