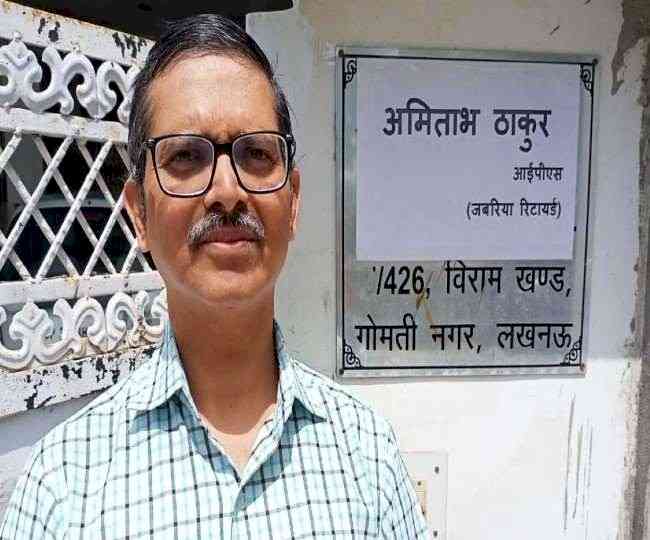 Lucknow, Aug 29 (IANS) Retired IPS officer Amitabh Thakur, who was arrested on Friday for allegedly abetting a rape survivor's suicide, has now been booked in another case for assaulting and obstructing a public servant in discharge of duty.

His wife Nutan Thakur, who is a lawyer and activist, has also booked by the police in the case.

The FIR has been registered at Gomti Nagar police station by sub-inspector Dhananjay Singh on Saturday night.

In his FIR, the Sub-Inspector has stated that on August 27, when he, along with sub-inspectors Atul Srivastava, Hussain Abbas, Vivek Chaudhary, Vandana Pandey, Kirti Yadav and constables Anil Yadav and Padam Yadav reached Thakur's house to arrest him, the latter misbehaved with them.

"Amitabh Thakur, claimed himself to be a former senior officer and threatened to ruin our careers and refused to get arrested," the FIR stated.

The Sub-Inspector further stated that "Later, I informed the SHO Gomti Nagar, who came with two constables and again tried to arrest the retired officer but again he threatened us with dire consequences. Both, the retired officer and his wife Nutan Thakur also attacked us."

The complainant also said that both Thakur and his wife created obstruction during the discharge of police team's duty during which he along with other cops also sustained injury.

The FIR also mentions that spectacles of SHO Gomti Nagar K.K. Tiwari, constable Dhananjay Singh's whistle and name plate were broken in the scuffle and a band on the uniform also got torn during the incident.

Amitabh Thakur, after his arrest on Friday, has been remanded to judicial custody till September 9.