The immensely versatile Amit Mistry will be essaying the role of a workaholic stockbroker, Vijay 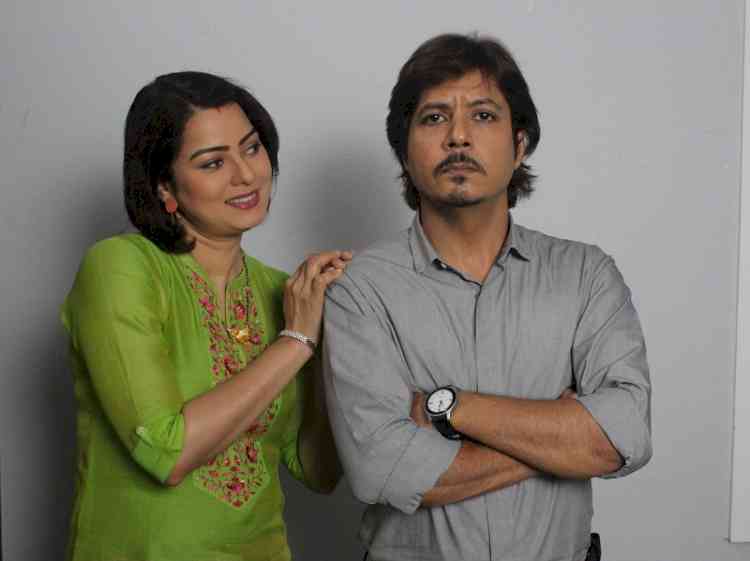 Sony SAB's Maddam Sir is all set to witness the entry of immensely talented artistes, Amit Mistry and Urmila Tiwari as they portray a conflicted couple - Vijay and Anita. These new entrants bring forth a one of a kind and exciting case for Maddam Mallik (Gulki Joshi) and her team. Sony SAB's Maddam Sir aims to showcase social issues through the eyes of four dynamic women police officers and has continued to win audiences' hearts with its light-hearted content and powerful performances from the cast.

The immensely versatile Amit Mistry will be essaying the role of a workaholic stockbroker, Vijay, whereas Urmila Tiwari will essay the role of his wife, Anita, who feels neglected in the marriage. But the problems arise when Anita forces Vijay to eat laddoos given by a certain 'Rangrasiya Baba' claiming to bring back the love in their marriage. However, this frustrates Vijay seeing his wife’s faith in a phoneybaba who is giving the laddoos in exchange for his wife’s gold jewellery. Vijay decides to reach out to Maddam Mallik and her team to ensure the baba learns a lesson.

How will Haseena Mallik and her team stop this couple from getting conned by a phoneybaba? What new ways will the team come up with to solve this problem?

Thrilled about his entry in the show as Vijay, Amit Mistry said, “My relationship with Sony SAB goes way back in time and it is a great feeling to be a part of this truly inspiring show, Maddam Sir. My role in the upcoming episode will shed light on a genuine problem that a lot of us might witness around us. My character Vijay is tired of his wife being conned by a baba who has mystical laddoos which are supposed to help the couple’s marriage in exchange of her gold jewellery and decides to take matters in his own hands. It will be interesting to watch the solution these four dynamic female police officers come up with for Vijay’s problem. I had a lovely time shooting for this and I am sure the viewers are going to enjoy this new case.”

Urmila Tiwari, essaying the role of Anita, said, “My character Anita is an educated young woman. She is an immensely dedicated and hopeful wife. After feeling neglected byher workaholic husband and witnessing the love fade away, she falls prey to Rangrasiya baba and his means to cure her relationship. She is hopeful and steady on her belief that the laddoos given by him will work the magic on her marriage. The upcoming episodes on Maddam Sir will take the viewers through the life of this young couple and their struggles.”

Even today when I go out, people call me as ‘Commando’:...