The fantasy show has recently witnessed a nail-biting twist 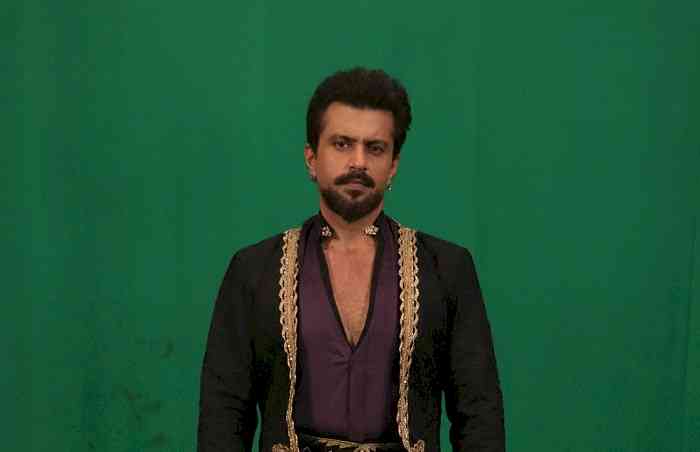 The magical world of Sony SAB’s Aladdin: Naam Toh Suna Hoga is set to obsve the entry of Zafar’s twin brother, Faraz. The fantasy show has recently witnessed a nail-biting twist where evil Mallika turns Ammi into a Jinn in order to force Aladdin to do her notorious bidding.

Aladdin’s world has come crashing down after witnessing his mother turn into Mallika’s slave, at the same time, Zafar’s lookalike has entered Baghdad. Aladdin and Ginnie of the Ring are perplexed to see Zafar, who is supposed to be dead. In a series of strict questioning, Faraz proves his credibility by showing Aladdin his family tree.

Faraz reveals that he is Zafar’s twin brother but nothing like him. He was jailed by Zafar much early in his life and had spent most time in the prison. With Zafar death, he was released from the prison. Faraz, a man with a golden heart expresses his wish to know more about Mallika as he grew up hearing about her from his sorceress mother. After learning about Mallika’s return and Aladdin’s dilemma, Faraz decides to help him in his mission.

Should Aladdin join hands with Faraz to defeat Mallika? Is there a hidden motive behind Faraz’s return?

Aamir Dalvi, essaying the role of Faraz said, “I am essaying the role of Faraz and after playing the negative role of Zafar for so long, essaying a character like Faraz is a refreshing change. Faraz’s character is a lot positive and trustworthy as compared to Zafar’s. His look is edgy with a quirky and happy personality. His entry is set to make the adventures ahead more interesting. But the real question still lies, if Aladdin will believe him. So, stay tuned to find out more.”

Siddharth Nigam, essaying the role of Aladdin said, “Aladdin is at cross-roads and he cannot make any mistakes with his decisions. Recently, Mallika turned his Ammi into a Jinn and now he is forced by Mallika to help her in her evil mission. Now with the entry of Zafar’s twin brother, Faraz, Aladdin is not sure whom to trust. So, it will be interesting to watch for our viewers on what Aladdin does next.”

On achieving top national and state rankings KMV announces scholarships worth one...

In support of farmers, Sonu Bajwa on tractor

101 per cent Shuddh Bollywood and Drama guaranteed as Zee...