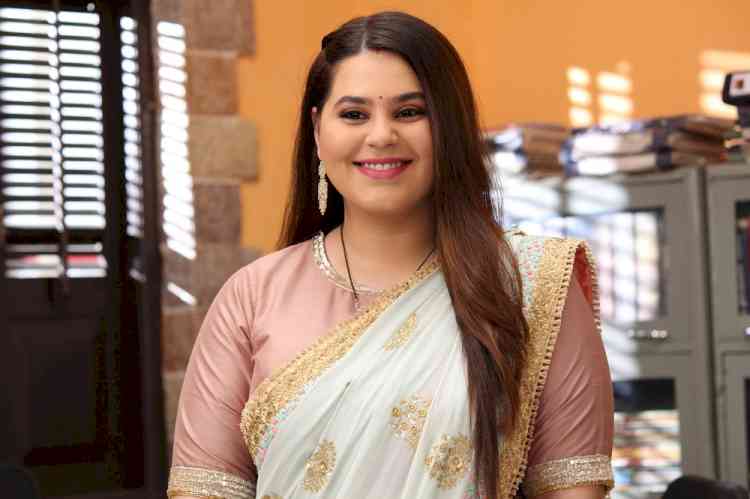 How is Alia’s world going to change and how has your character evolved in the show?

Alia is a fighter, from fighting her own insecurities and protecting her family, to standing up for others, her character has grown over time. The upcoming episodes will witness Alia in a brand new role as her world changes when the school is divided into Hindi and English mediums. Our viewers will see a different side of Alia as she becomes stronger than ever and fights a greater challenge ahead. She will now be seen in a leadership role as she takes on the role of Vice Principal of the Hindi medium.

What can the viewers expect from the upcoming Desi vs Angrezi twist on Sony SAB’s Tera Kya Hoga Alia?

Our viewers must gear up for the upcoming Desi VS Angrezi twist in the show. It is exciting as it highlights a concept that we all have grown up around. With a new principal at the helm of affairs, the school will be divided into two sections- Hindi Medium and English Medium. Alia will be heading the Hindi medium while Tara takes over the English medium. The fight between Alia and Tara will intensify as they head their respective divisions and the battle on whose division will perform the best will now begin. This new ‘Alia ki desi paathshala’ is no less than Tara’s Angrezi swag. On the other hand, the viewers will also witness some new characters as a part of this new curriculum in Alia’s life.

How are you preparing for this new role as the Vice principle of the Hindi medium?

To essay Alia’s role, I had already worked on my Hindi for Tera Kya Hoga Alia as the story is based in Agra. Now that Alia will be taking over as a Vice Principal of the Hindi medium, her Hindi needs to be much better to represent the division well. I keep brushing up my Hindi speaking skills and it is fun to keep learning new things.

How will the dynamics between Alia and Tara change now?

The competitive dynamics between Alia and Tara will intensify as they now not only compete in their personal lives but also will strive to represent their respective divisions in the best light. The new episodes are packed with entertainment and challenges that Alia and Tara will face. Alia’s confident persona in the upcoming episodes will give ‘Kaatein ki Takkar’ to Tara and it will be interesting to watch who wins this battle and tests Alia needs to pass.

How has it been like to resume shoot after 3 months?

I was anxious at first to resume shoot during these uncertain times but after witnessing the precautionary measures taken on the sets by Sony SAB and the production, I felt safe and confident. We all are maintaining social distancing at all times and even the story will have a glimpse of these changed times. On the other hand, It was a great feeling to meet all my co-stars and it was blissful to be standing in front of the camera again as I’ve been eagerly waiting to jump into Alia’s life and begin shooting again.

Any message for your fans?

To all the fans and viewers of Sony SAB’s Tera Kya Hoga Alia, I want to say that the wait is over. Alia is soon making a comeback with a brand new curriculum with some new faces and storyline. I also want to thank everyone for the constant love and support they have showered us with even during this time apart. So, #SwitchOnSAB as we brings new episodes from 13th July with lots of surprises and enter this ‘Khushiyon Wala Zone’ with us.