He has to save his mother but at the cost of that, he cannot let Mallika destroy the world 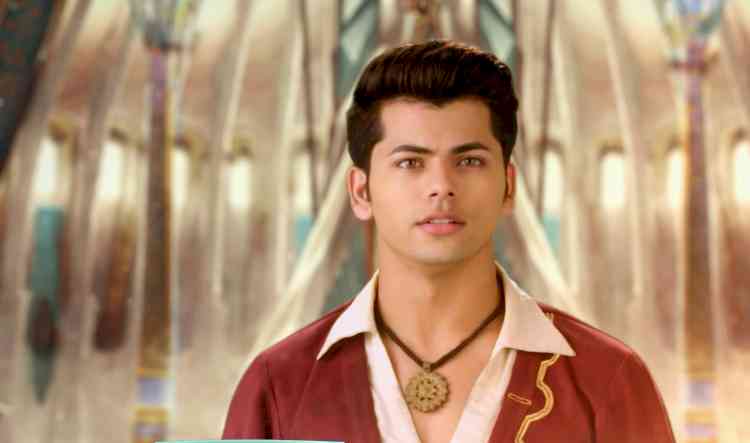 Will Omar help Aladdin in getting the parts of Khanjar for Mallika?
Leaving the viewers gasping, Sony SAB’s Aladdin: Naam Toh Suna Hoga is here with yet another twist. Aladdin’s (Siddharth Nigam) endeavour to save his Ammi (Smita Bansal) from evil Mallika’s magic, is taking him through a myriad of obstacles, even turned him into a werewolf. Yet, he is determined to stop at nothing.  However in his next adventure, Aladdin is going to need support in order to accomplish his mission.
In his attempts to find the 3 parts of a Khanjar, hidden at mysterious locations, for Mallika, Aladdin faces the unimaginable- he turns into a werewolf, but has succeeded in getting the first part. Having no trust in Mallika and her powers, Aladdin makes a deal with her that once he gets all the three parts, Mallika will have to turn Ammi back from a jinn into a normal human before Aladdin hands her the Khanjar. Aladdin’s father, Omar (Gireesh Sahdev), who is now a farishta, is shocked on knowing that his son is trying to get the parts of the Khanjar for Mallika, which will only make her more powerful and lead to the destruction of humans. Aladdin finally comes face to face with his father and asks for his help in getting the remaining parts of the Khanjar, in order to save Ammi.
Will Omar help Aladdin save his family or will he become his own son’s enemy?
Siddharth Nigam, playing the role of Aladdin said, “Aladdin has a lot of responsibilities on his shoulder. He has to save his mother but at the cost of that, he cannot let Mallika destroy the world. In his attempt to get the first part of the Khanjar, he turned into a werewolf. This was an amazing experience for me as an actor to get into an extremely different character. I am glad the audience appreciated too. However, there are so many more surprises in the upcoming episodes, which will be filled with thrill and action. I am sure the audience is going to enjoy every bit of what is about to come next.”

Timnasa gets worried about her death