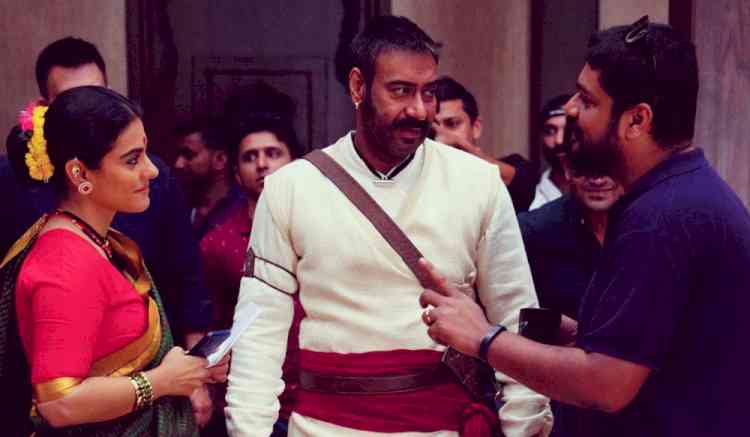 The Bollywood superstar Ajay Devgn introduced one of the finest filmmakers of our times, Om Raut into the movies with Om's ambitious directorial debut in Hindi, Tanhaji : The Unsung Warrior earlier this year. The magnificent period drama which chronicles the life of the Maratha warrior Tanhaji Malhusare, was mounted on a large canvas and turned out to be the biggest money spinner for the team. While it received rave reviews from the critics and audiences alike, the film also went on to gatecrash several pre-existing box office records.

The movie became Ajay Devgn's highest grosser till date and was the first 200 crore film of 2020. Along with that, Om's finesse in bringing the whole set-up and period to life, with his style of story telling and keen sense of detailing, made Tanhaji a visual delight and a masterpiece. It was a VFX heavy film and was shot completely indoors. Ajay stood behind Om like a rock while the filmmaker worked on the pre-production for two years. Ajay even decided to co-produce the film with Bhushan Kumar and T- Series.

While many such big extravaganzas fail to set the satellite on fire, on its TV premiere, the entire Tanhaji team was in for a huge surprise. On its satellite premiere, a few weeks ago, the Ajay Devgn-Kajol starrer shattered many records, crossing over 1.2 crore impressions on television. Not just that, the film was showcased again on Independence Day and is expected to do even better in its second satellite sitting. The trade pundits are expecting impressions of over 1.5 crores just from the I-Day showcase on TV. With that, the film will have managed almost 3 crore impressions in just two telecasts and that's commendable. For many big ticket films, 3 crores is their lifetime satellite impression, something which Ajay and Om have managed only with two sittings. Now, if that isn't incredible, what is?