In a bid to highlight the rising air pollution as well as the serious health hazards faced by the people, a group of organisations, think tanks and civil society groups have joined hands to form 'Clean Air Punjab' 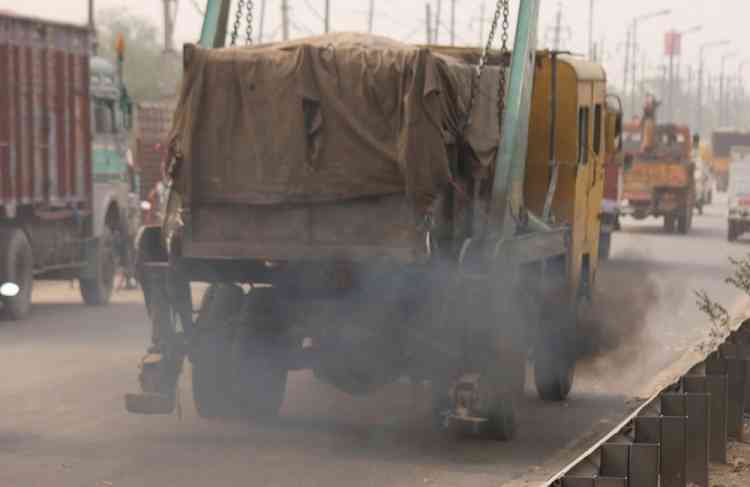 Chandigarh: Even as the season for poll manifestos seem to have begun in Punjab with the Akali Dal-Bahujan Samaj Party releasing its initial 13-point election agenda, members of 'Clean Air Punjab', which is a network of citizens and civil society organisations, on Wednesday urged parties to feature time-bound plans to tackle air pollution and public health issues.

In a bid to highlight the rising air pollution as well as the serious health hazards faced by the people, a group of organisations, think tanks and civil society groups have joined hands to form 'Clean Air Punjab'.

The aim of this collective is to work alongside the state authorities to help achieve clean air by ensuring all non-attainment cities across the state implement the Clean Air Action Plan.

The collective has also expressed its displeasure with the Akali Dal-BSP manifesto, which was released on Tuesday, as it failed to address the issue of deteriorating air quality in the state.

Air quality data reported across six of the nine non-attainment cities in Punjab suggests that particulate matter (PM10) concentrations were beyond safe limits on more than 50 per cent of the days in the first half of 2021.

Punjab also recorded 41,090 deaths due to air pollution in 2019, accounting for nearly 19 per cent of all deaths, said a Down to Earth and Centre for Science and Environment annual study titled 'State of India's Environment 2021'.

Samita Kaur, citizen activist from Innovative Farmers group, said despite facing its worst health crisis due to air pollution, the authorities were still not ready to accept the problem.

"The air quality in Punjab has been worsening to an extent where air pollution has now become a major killer. Even during the second wave of Covid-19 lockdown when most industries were shut, Punjab's air quality was still a serious matter of concern," she said, adding the state's green regions such as Fazilka and Ropar had an air quality index (AQI) of 113 and 129 respectively, which are well beyond safe standards.

"We need to accept that our state is in a health emergency and there is an immediate need for an intervention and prompting action to reduce the prevalent severe air pollution. Hence, as members of 'Clean Air Punjab' we want to strongly urge all parties to make air pollution management a priority in their election manifestos and to specify time-bound measures to protect public health from the harmful impact of air pollution," she added.