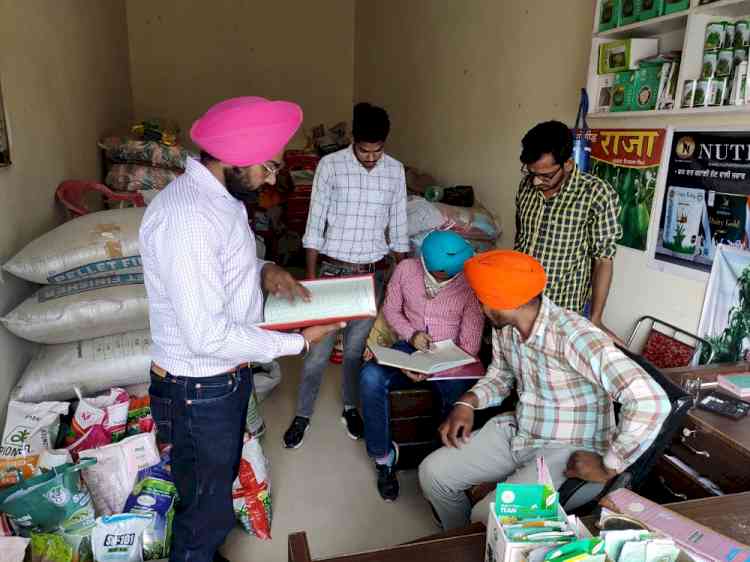 He said that there was a complaint about the sale of 125 bags of paddy seeds PR-114 each weighing 24 kilograms following which the team immediately raided the premises of the firm and inspected the records about the sale, stock, and purchase register. The Chief Agriculture Officer further added that all the 125 bags were stamped with the official taglines related to the Punjab Agriculture University however during inspection no stock was found resulting in no sampling of the seeds.

Dr. Aulakh further said that these seeds were purchased from the M/S Bimal Kishore and bros seeds merchant, Nehru Market Jagraon vide bill number 1476 dated 8.5.2020 and firms were issued notices but they failed to furnish any satisfactory reply. He said that the department has also written to the concerned authorities in Ludhiana to initiate action against the supplier. He appealed the farmers to immediately contact the Agriculture department in case they suspect or find the sale of spurious or government seeds in Ferozepur district.

Kalia demands action against officers of Food and Supply...