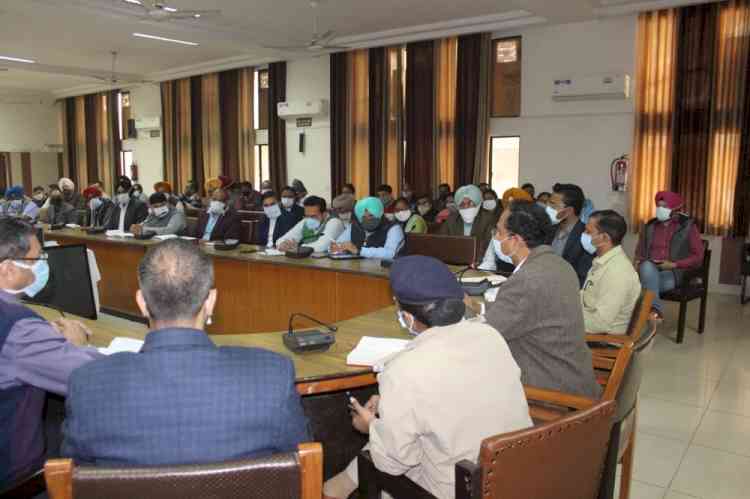 Ludhiana: In a unique step aimed at helping the drug dependents to lead a normal life by bringing them into the mainstream, the district administration has directed 50 officials of various departments to identify 500 drug dependants, 10 of each to provide them job opportunities through skill development or training program.

Presiding over a meeting in Bachat Bhawan, Deputy Commissioner Varinder Kumar Sharma said that the state government has launched ‘Mission Red sky’ (Mission of Rehabilitation of Drug Abuse Victims through Skilling and Employment).

He said that under this mission, each of the officials would identify 10 drug dependents who are getting treatment from OOAT centres and would provide job opportunities to them by enhancing their capabilities through skill development/training programs at district bureau of employment and enterprises (DBEE) so that they can earn a livelihood like others.

He said that each of the deputed official has been tasked for this cause so that the drug dependants do not face any kind of problem in getting the employment along with their treatment.

He asked them to achieve the target and help the drug dependants to become active-partner of in the socio-economic growth of the state.

He also formed a committee to also hold meeting with industry associations for preparing details of the jobs.

Deputy Commissioner said that the massive crackdown on the peddlers by the state government and large-scale awareness programs including DAPO, Buddy, and others have yielded positive results as these movements have created awareness among the general public.

He said that the administration would continue its efforts until the entire district was made free of the drugs.

Street vendors can get loan worth Rs 10000 under PMSVA Nidhi Scheme: DC

SIDBI partners with confederation of women entrepreneurs to give fillip to Stand-Up...

No time to score political brownie points over hooch tragedy...

Would not let anyone to rob workers of their rights: MLA...