Ensures tarpaulins at all purchase centers to cover farmers' produce 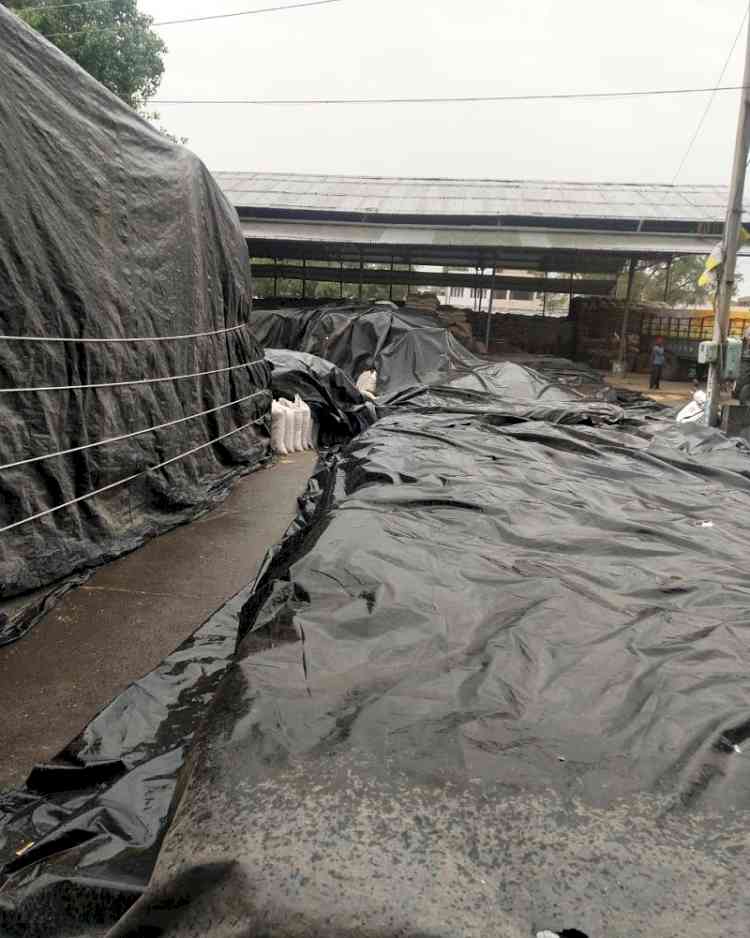 With untimely rain was lashing in the Ludhiana for the past two days, the elaborate arrangements by the district administration had managed to protect the farmers' wheat from the inclement weather.

Deputy Commissioner Varinder Kumar Sharma had given strict orders to the officials of procurement agencies and the Mandi Board to ensure sufficient stock of tarpaulins in the grain markets to cover heaps of crops brought by farmers. Deputy Commissioner had further directed the officials of the Food Supply department to conduct the field visit to ensure the golden grain remain unaffected from the rain.

Disclosing further details, Sharma said that an effective mechanism was already set up following the forecast of the rain a few days back and officials were already aware of this so the necessary arrangements were made well in advance for seamless procurement of the wheat as a precautionary measure to save the crop in view of inclement weather.

He said that with the adequate number of tarpaulins had been made available in grain markets before the untimely rain in the district and when the showers hit, the staff had covered all heaps and procured stock of wheat to prevent damage to the national treasure.

He told that the duties of the entire staff were already been fixed to ensure farmers' golden grain remain unaffected from unseasonal rain.

Sharma further mentioned that the district administration was working round the clock to ensure hassle-free procurement with the availability of all basic amenities and requisite arrangements. He stated that no stone was being left unturned to facilitate the farmers in this wheat procurement season.

Will teach Pak lesson of lifetime if tries to be adventurous:...