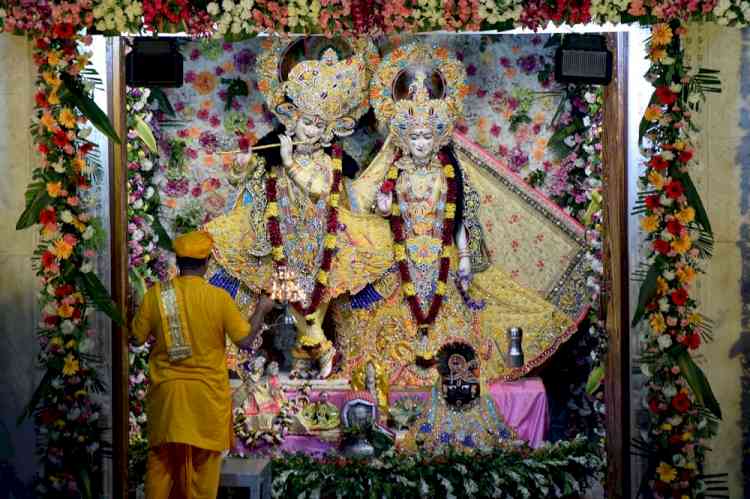 By Brij Khandelwal
Mathura/Vrindavan Aug 30 (IANS) As the three-day-long Sri Krishna Janmashtmi celebrations began in Braj Mandal, the green activists are debating: "Can the Sri Krishna Land, spread over 84 kos (roughly 100 km around Mathura) be saved from spurious development that is turning the pilgrim area into tourist or picnic spots with all kinds of modern facilities?"

After the Covid-19 pandemic, the Braj Mandal is again reverberating with "Radhey Radhey" and "Jai Shri Krishna", as lakhs of pilgrims throng the temples to join the 5252nd birthday of Sri Krishna amidst a rising crescendo of bhakti and devotional fervour.

From Goverdhan to Gokul, on the other side of river Yamuna, the mood is upbeat with thousands of pilgrims making a beeline for the 'darshan' of the deities.

Goswami Nandan Shrotriya of the more than 300 year old Sri Mathuradheesh temple says: "Mankind can survive only when nourished by love and compassion, without distinctions of caste or status. Sri Krishna's life epitomises what is best for society. One has to only look beyond the symbolism in all his leelas and the message would be there loud and clear."

Among the several religious circuits developed by the Uttar Pradesh government, the Braj circuit remains the most popular, but also the most under-developed.

While land grabbers have annexed every bit of prime property in Mathura, Vrindavan and other smaller towns in the circuit, the infrastructural facilities are sadly lacking.

The road from Chatikara on the national highway to Vrindavan has imposing edifices by both the new age gurus and the corporates, plus the film stars.

The parikrama route in Goverdhan is being 'usurped' by colonisers to build multi-storeyed buildings for the wealthy pilgrims.

With ever-increasing human settlements and influx from outside, the sensitive ecology of the area is under threat.

"The thick forest that once enveloped the holy Goverdhan parbat has disappeared and slowly we find colonies and land developers acquiring land for building residential accommodations for pilgrims and retired people," say Mathura based green activists.

The same trend of frenetic house building activity is eating up all the green cover and open spaces in Vrindavan which has more high-rise buildings and apartments than the district headquarter Mathura.

"Where is the space for greenery and a pollution-free ambience, for which Sri Krishna killed the poisonous Kaaliya Nag in the Yamuna River?" the activists queried.

Each year millions of people visit the Braj area for Parikrama of the Goverdhan hill, which Lord Krishna is believed to have lifted on his little finger to protect the Brajwasis from the ire of Indra.

The hills in Barsana, Nandgaon bear imprints of Radha and Krishna.

But sadly the district authorities of Mathura and Bharatpur have not been alert to the large scale devastation and interference by land mafias.

Green activists are sore over the the concretisation of pathways, laying of roads on the conventional parikrama routes in Goverdhan and Vrindavan, the rising structures and hordes of new temples and ashrams with modern amenities that have come up all over, fouling the pristine glory of the holy land.

"Mathura traffic movement is chaotic, the sewage system doesn't work, encroachments dwarf the heritage temples and havelis, the ghats are poorly maintained, the lush green clusters are turning grey and brown with modern structures, the holy kunds (ponds) are struggling to survive. The original flavour of Braj culture is dying a slow but sure death," locals feel.

"The development efforts are in bits and pieces, ad hoc, sporadic, and lacking in a grand vision. The Mathura Vrindavan Development Authority babus have never heard of heritage ambience or architectural compatibility," they assert.

"The city seems to live in three different ages from the stone age to the 21st century; the ancient, the mediaeval and the so-called modern. The distortions are clearly visible, as the soul of Braj culture is missing."

Conservationists are particularly irked at the "utter lack of sensitivity" to the historic architectural compatibility in new structures being built in Vrindavan.

Many also wonder about the utility of the proposed skyscraper temple of Sri Krishna, which will put additional pressure on water and power resources and only "defile the rustic-pastoral ambience basic to Sri Krishna lore".

IndiGo to operate 51 per cent of repatriation flights under... 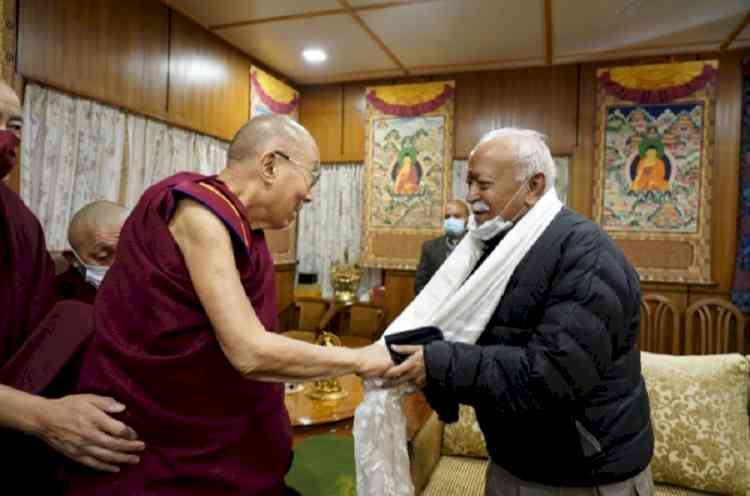 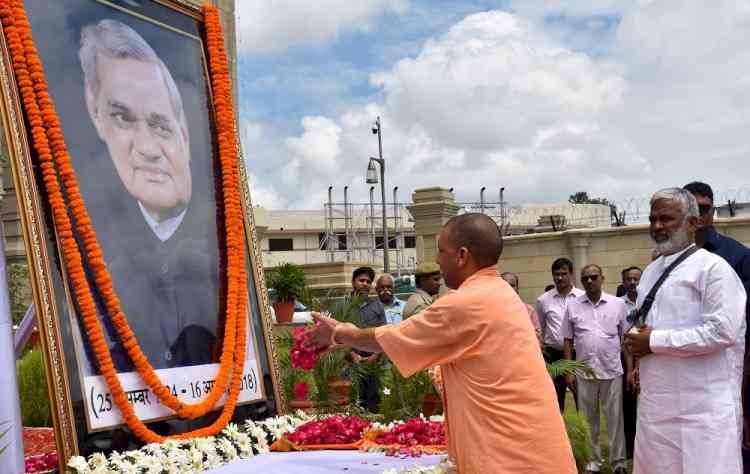 Yogi pays tributes to Vajpayee on his anniversary 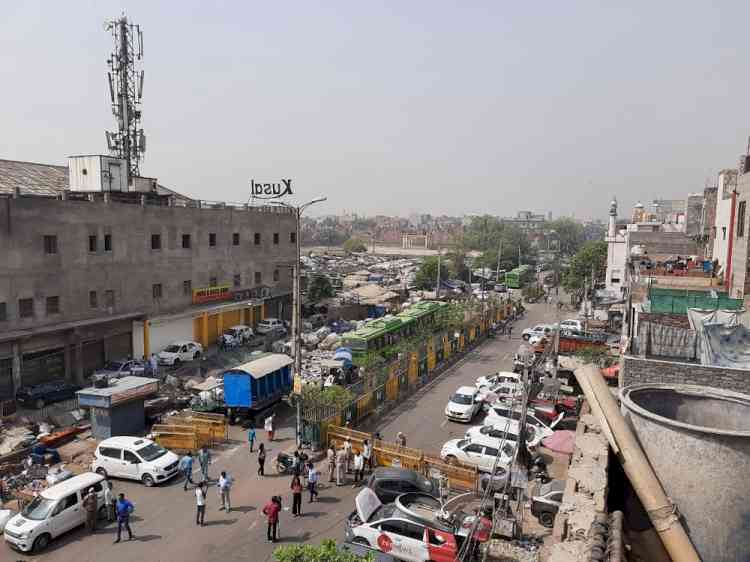 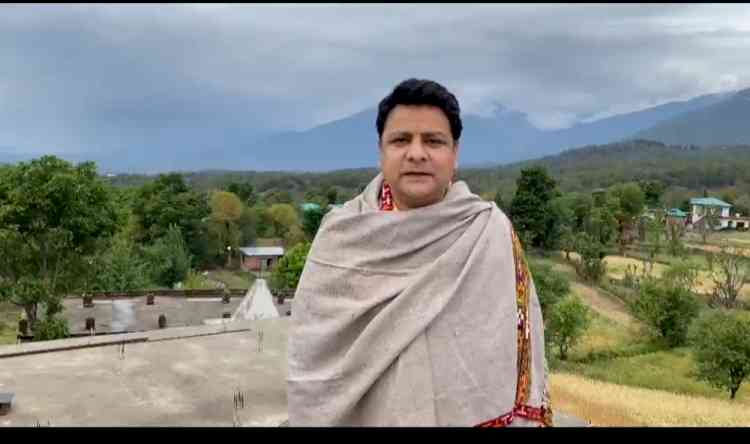