Slated for 14 September 2021, the special feature by Arth will witness author & historian Dr Vikram Sampath, along with eminent personalities, talking about the life and work of the Indian freedom fighter Veer Savarkar 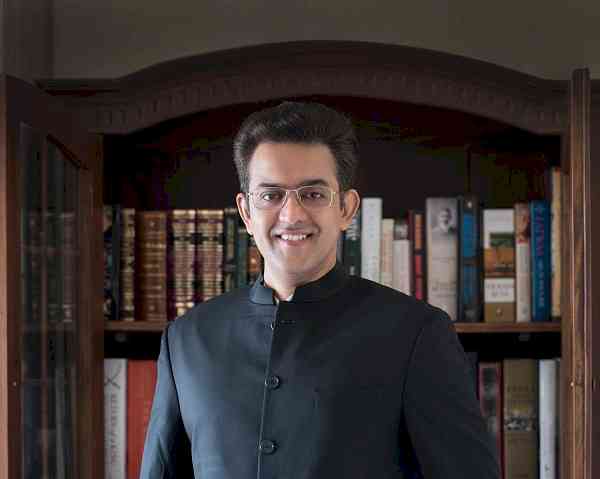 Arth- A Culture Fest, a one-of-its-kind cultural melange, is back yet again with something new. The platform that prides in talking about everything that is Indian to the very core, will be featuring the acclaimed author and Festival Director of Arth, Dr Vikram Sampath in a very special episode. Here the audience will see him talking about his new book Savarkar: A Contested Legacy from the recently hosted book launch on 1st September 2021 by Prabha Khaitan Foundation. An extension to his National Best Seller Savarkar: Echoes from a Forgotten Past launched in 2019, this book delves deep into the changes and reforms that Swatantryaveer Vinayak Damodar Savarkar implemented in the Indian society while serving a sentence of 13 years in a house arrest in Ratnagiri, his role as the President of the All India Hindu Mahasabha and his life after India’s independence.
In-spite of playing an integral role in the fight for freedom, Savarkar is one of the most misunderstood, under-evaluated & maligned characters of the recent past. His philosophy and ideas are so relevant in India even today, yet there is this alarming lack of curiosity to assess his legacy. This is why the author took it upon himself to assess and re-evaluate the man and his times in an objective material, backed by strenuous research and documentation. The detailed articulation in both of the volumes Savarkar: Echoes from a Forgotten Past and Savarkar: A Contested Legacy is a proof of the hard work put in by the author in the last five years to understand and bring to fore who Veer Savarkar truly was.
Hosted at the India International Centre, Delhi, this special event was graced by  Finance Minister Smt. Nirmala Sitharaman, Mr. Sanjeev Sanyal, Economist, Urban Theorist & Author and Ms. Shubhrastha, Founder of Churn Live & Author.

'Hindu-satya must replace Hindutva for a true renaissance'...

Sunayana Khandelwal launches her book Can You Love This...

An eBook on poetry released by Social Substance and Arta...