A poetry session was also held 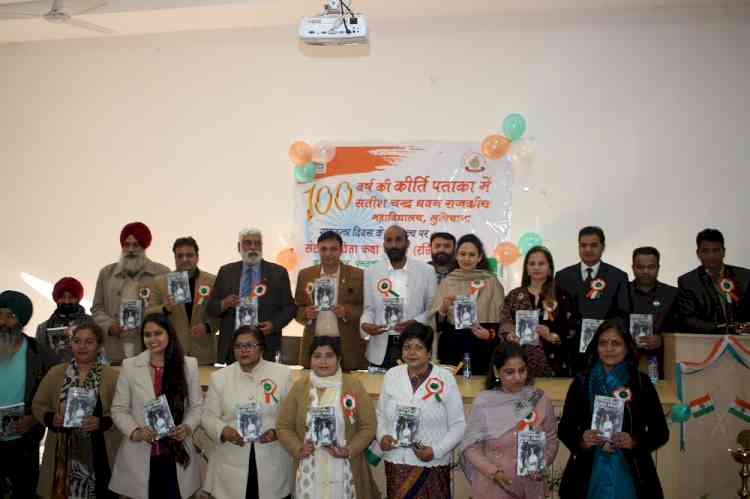 Dr Dhiman 's grasp over lexis, lyrical intensity and discernment for rhyming in the translation was appreciated. Falak recited a few of her poems while its English version was read out by Ms Poonam Sapra.  In his remarks Dr Sandhu appreciated the literary programmes being organized by Kavita Katha Karvaan (Regd) and in the translation of Faak’s poems by Dr Dhiman. This will enhance the outreach of the poetry of Falak to those who do not know Hindi, across the borders, he said.

A poetry session was also held on the occasion in which Trailochan Lochi, Dr Devinder Dilroop, Manjinder Dhanoa, Iradeep Trehan, Shelly Wadhwa, Vibha Kumaria, Komaldeep Kar, Suryansh, took part with their recitations. Dr Rajinder Sahil presided over the function. Dharminder Shahid managed the stage in a typical poetic style. Gurdarshan Dhuri enthralled the audience by reciting the song Jo Dilli Gayey... written by Jaspreet Falak. Music Director Sukhwinder Singh also sang a song on Punjabi culture and heritage. Rashmi Asthana proposed her vote of thanks. Jaspreet Kaur Falak was also felicitated on the occasion for her recogniotion with District Award in Literature. The website of Kavita Katha Karvaan (regd) was also launched on the occasion.  The participating poets were honoured on the occasion.

Nikhil Dwivedi announces his next project 1971 - a film that traces India's most...

Book released on occasion of Gandhi Jayanati by DES, Panjab...

Opening of new library at `Bharatiya Bhasha Parishad’ on...