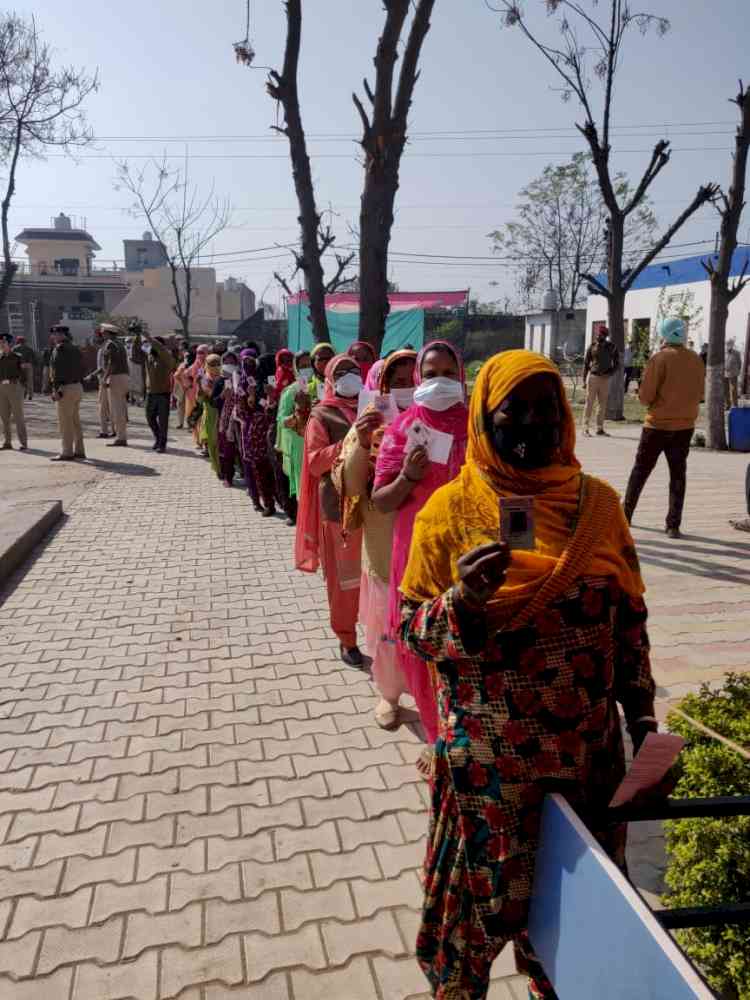 Nawanshahr, February 20, 2022: A total of 70.1 percent voters in three legislative constituencies falling in Shaheed Bhagat Singh Nagar exercised their right to franchise during these assembly elections on Sunday.

He added that 73.8 percent voting was registered in Balachaur followed by 69.4 percent in Banga and 67.6 percent in Nawanshahr.

He said that the electors participated in the polls without any fear and inducement to cast their votes.

Sarangal said that counting of votes would take place on March 10 at 8 am during which adequate counting staff would be deputed in the counting centres for counting the votes.

DC AND SSP LEAD FROM THE FRONT TO ENSURE SMOOTH, FREE, FAIR AND PEACEFUL POLLS
Nawanshahr: Deputy Commissioner (DC) and Vishesh Sarangal and Senior Superintendent of Police (SSP) Kanwardeep Kaur on Sunday led the civil and police administration from front to ensure smooth, free, fair and peaceful voting for assembly elections in three of the constituencies of the district.
During the entire day, Deputy Commissioner and Senior Superintendent of Police along with the battery of officials were on their toes to ensure that the entire polling process was completed smoothly. The officers visited polling booths in three of the assembly segments of the district to make sure that people were freely able to exercise their franchise. During the visit, the officers not only interacted with the voters regarding the ongoing poll to have their feedback but they also enquired about the entire arrangements from the staff on polling duty.
Similarly, they also felicitated the young voters besides handing over roses and patting the back of the volunteer students deployed by administration at polling booths. The officers also kept a strict vigil over the entire law and order situation by visiting the field.
Sarangal and Kaur minutely observed the arrangements for the poll and gave unnecessary directions to officers / officials to ensure that no disturbance was created in the poll process.
Besides going to the polling booths to enquire about the percentage of votes from the polling staff they also had detailed interaction with the voters, polling agents and candidates about the ongoing poll process. The officers also assessed the security arrangements at every polling booth and gave necessary directions to the officers / officials deployed at the booths for the security.
Prominent among present on the occasion included IPS probationary officer Jasroop Kaur Bath, Assistant Commissioner (G) Deepankar Garg and others.

DC AND SSP THANK VOTERS AND POLLING STAFF FOR SMOOTH VOTING PROCESS
Nawanshahr: Deputy Commissioner (DC) Vishesh Sarangal and Senior Superintendent of Police (SSP) Kanwardeep Kaur on Sunday thanked the voters, polling and security staff, candidates and political parties for fulsome cooperation in organizing free, fair and peaceful assembly elections.
The Deputy Commissioner and SSP kept a vigil over the entire polling exercise and also visited several polling booths. They also expressed their gratitude towards residents of the district for once again upholding the glorious tradition of exercising their franchise freely by calling their votes without any fear. They said that peaceful turn out by the voters for exercising their franchise reflects the enthusiasm of people for their right to vote.
Vishesh Sarangal and Kanwardeep Kaur said that polling was largely peaceful and there was no report of any untoward incident from any polling booth in three of the assembly constituencies. They said that no incident of violence was reported during the voting that started at 8 am in the morning and was completed at 6 pm.

ON-DUTY HOLIDAY FOR STAFF OF POLLING PARTIES ON MONDAY (FEB 21)
Nawanshahr: Deputy Commissioner-cum-District Election Officer Vishesh Sarangal on Sunday announced on-duty holiday for the entire staff of the polling parties on Monday (February 21).
Sarangal said that as per directions of Election Commission of India, the day following the date of poll and in case of re-poll, the date following the date of re-poll, would be treated as period of election duty and polling personnel would not be required to report of duty in their normal place on such day.
He said that all members of 614 polling parties have worked tirelessly for ensuring smooth and hassle-free elections in the district. 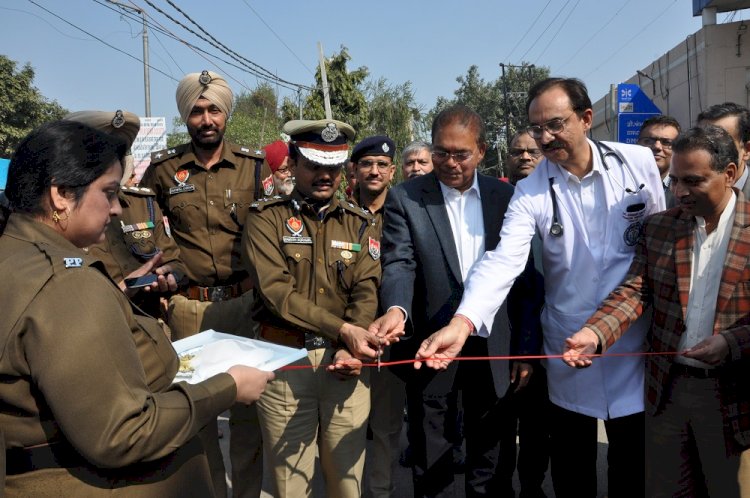 Road to DMCH declared as one way route