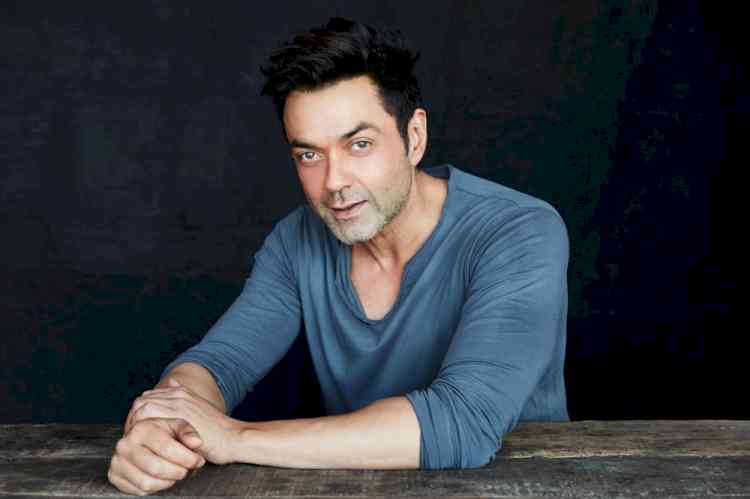 Two fresh faces entered the film industry with a bang! Bobby Deol and Twinkle Khanna debuted with the romantic action film Barsaat that released exactly 25 years ago on this day. Barsaat was a story about a village boy who falls in love with a rich man's daughter and the challenges that they face in their union. Produced by Dharmendra and Sunny Deol's home banner Vijayta Films and directed by Rajkumar Santoshi. Barsaat is a timeless love story, making the audience fall in love with the lead pair. In fact, both Bobby and Twinkle had bagged the Filmfare Best Debut Awards the following year.

With Barsaat's silver jubilee celebrations, it also marks 25 years of Bobby Deol in the industry. Bobby, who had girls swooning for his drop-dead gorgeous looks, has been one of the most popular actors from late 90s. Having acted in several other remarkable films, delivering some top-notch performances, Bobby proved his credentials as an actor and a star. Post a brief sabbatical, the talented actor made a comeback into films with his school teacher act in Poster Boys and blockbusters Race 3 and Housefull 4. He took the audience by surprise with his acting prowess in his recently released digital projects Class of 83 and Aashram. As a performer, Bobby has had a unique evolution since the 90s and has managed to keep up with the times.

Now, two and a half decades later, while cinema and its technique has evolved, some relationships have remained the same. The same can be said about the team of the film.

Producer of Barsaat,  Sunny Deol who while being committed as an actor on other films also worked day and night on Barsaat, shares, "Bobby wanted to become an actor and he had been preparing for it. We were hunting around for directors and the subject While he was preparing for his first film. We initially had Shekhar Kapur with us as the director but Rajkumar Santoshi eventually made the film and saw to its release. The title of the film also has its own share of the journey from Badal it finally got locked to 'Barsaat'. The film holds a special place in my heart in many ways.

Reminiscing about the film, Rajkumar Santoshi shares, ‘I knew about Barsaat and had always wanted to work on the project. I wanted to be a part of Bobby’s launch, but Shekhar was directing it so I never mentioned anything. But when Shekhar had some other commitment that prevented him from directing the film, and I was offered the project, I jumped at the opportunity, it was an immediate yes.

Then we started working on the script again, the film went through many changes. Sunny was a great producer to work with as he went with all my ideas and gave me everything I needed for the film, he never said a ‘no’.
All I can say is that I am happy that I was part of the project and that I could work with the Deols. And the way the fans enjoyed it, made it even more special.’

Adding further, big brother says, "Bobby is completing 25 years in the industry and I can't be more proud, he has done quite a lot of great films earlier. I can see the hunger in him now, he deserves so much more."

Twinkle Khanna shares her memories from the sets, 'As a person, I was the same but as an actress, I remember being very nervous. I was always a ‘tomboy’ or at least that is what it used to be called. My audition for Barsaat was probably the first time I had put on some lipstick.

Bobby and I would bicker every day. Sometimes he would stamp my foot, sometimes I would kick him while we were dancing. We were two kids, brats really! The day the movie released though, I remember we held hands all the way on the drive to the premiere. Both of us are shaking and frightened and we have been friends ever since.
Paradoxically, it feels like a lifetime ago and just yesterday. Sometimes Bobby and I send each other old pictures when we chance upon them. I always look at them and I’m amazed by how time has gone by. We now have children who are as old as we were when we were working in Barsaat.'

An excited Bobby who is overwhelmed with the love he has received ever since 25 years, shares, "It has been an amazing journey ever since my debut in Barsaat. When the film was released, everyone loved it and the performances. I remember being extremely nervous before the release but my father and my brother were there with me all the time. I wouldn't have been able to reach this place in my life without them. But Barsaat definitely set the ball rolling for me and Twinkle. Completing 25 years in the films today seems surreal. I have learned a lot from my successes and my failures in these years and am looking forward to the next 25 years."

“All my excitement for LOL: Hasse Toh Phasse came to a...