1779 Covid-19 samples report negative in the district, only 83 samples pending for the result: Deputy Commissioner 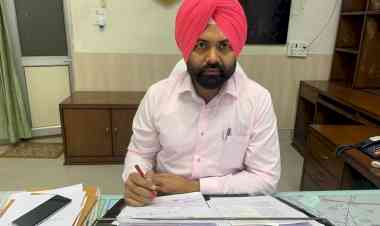 Ferozepur: Flattening the Covid-19 curve further, a total of 1779 persons were tested negative so far in the district out of which 1203 samples reported negative in the last 19 days.

Divulging more, Deputy Commissioner Ferozepur Mr. Kulwant Singh said that with the intensified sampling drive as of now, samples of 1943 persons have been taken and sent to the laboratory for Covid-19 tests.

Mr. Kulwant Singh said that the only 83 samples were pending with the laboratories by now. A total of 43 confirmed Corona cases were reported in the district and all of them were discharged from the hospital after the speedy recovery. Now, there was no active corona case in the district, hence the district was declared corona free.

The deputy commissioner further added that 38 samples were sent again as repeated samples to the laboratories adding he said that as of now more than 91 percent of samples have been reported negative and only a meager amount of the samples were pending with the laboratories. He said that the day to day progress of sampling and testing procedure is being reviewed by the district administration to ensure the time-bound results of collected samples. The Deputy Commissioner solicited people's support to maintain the corona free district status through following the golden principles of social distancing, wearing masks, and avoiding stepping out of homes unnecessarily.

Fee relief to students of Panjab University and its affiliated colleges

On directions of Punjab CM, blankets and footwear distributed...

All rural households to get potable piped water supply...