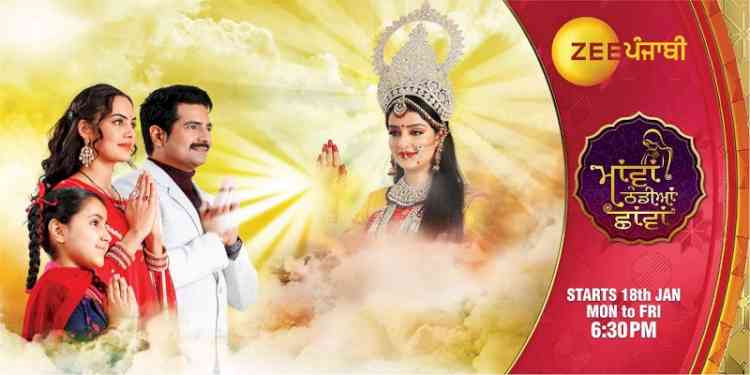 Chandigarh: Zee Punjabi has come up with its new show ‘Maavan Thandian Chaavan’. The show narrates the story of a small girl ‘Mehar’ and her journey in life with earnest faith in Mata Chintpurni. To justify such an amazing storyline, the show features Karan Mehra, Himashi Parashar and Keerat Kaur in the titular roles.

‘Maavan Thandian Chaavan’, premiering on January 18th, will be telecast at 6.30 pm every Monday to Saturday.
‘Maavan Thandian Chaavan’ drives on the thought, with faith and trust on the Almighty, there is nothing that can halt you. The story of Mehar, a young girl, who is an ardent devotee of Mata Chintpurni, and how time and again she comes out of troubled times with the divine help of Mata Chintpurni.

Zee Punjabi since its launch has brought the stories that are deeply rooted in Punjab, its culture and Punjabis. With ‘Maavan Thandian Chaavan’, it is another attempt to not only increase the audience’s faith in the Supreme Power, but to broaden its target audience to kids also. During the ongoing pandemic, where hope and faith are the only driving forces for people to go on with lives, Maavan Thandian Chaavan, along with being the first of its kind in Punjabi market, also celebrates that faith of Mehar. With the launch of this show, Zee Punjabi is also celebrating its first successful anniversary in the industry.

We are bad boys on sets of Aladdin: Nam Toh Suna Hoga

Arjan Bajwa speaks on pandemic and it's effects on world...

Fantastic trio often jokes around and have heartiest conversations...