The CM of Goa, Pramod Sawant congratulated Zareen for receiving the honour 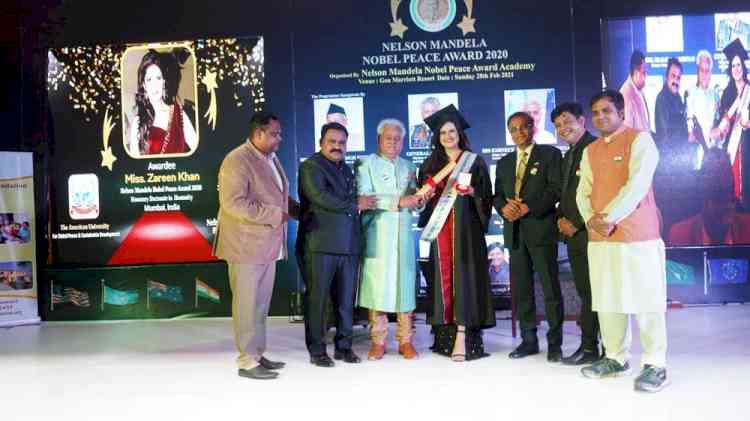 The Nelson Mandela Nobel Peace Awards 2020 was held recently in Goa and it had none other than the amazing Bollywood actress, Zareen Khan as the Guest Of Honour.

The actress who was present at the awards show was not only the guest of honour but was also awarded the Nelson Mandela Nobel Peace award as an Honorary Doctorate from the American University Of Global Peace thereby making her Dr. Zareen Khan. The CM of Goa, Mr. Pramod Sawant congratulated Zareen for receiving the honour. Along with her there were other Guests Of Honour including dignitaries from the Indian army as well as notable personalities like the renowned director V.A. Shrikumar, Leander Paes and Sangram Singh in attendance.

To be bestowed with such a prestigious honour and to now be titled as Dr. Zareen Khan, is nothing short of a great achievement for her!

Vedanta included in ‘The Sustainability Yearbook 2021’

Sports is coming back after pandemic at all levels: Pullela...

Criminal cases against MPs/MLAs can't be withdrawn without...