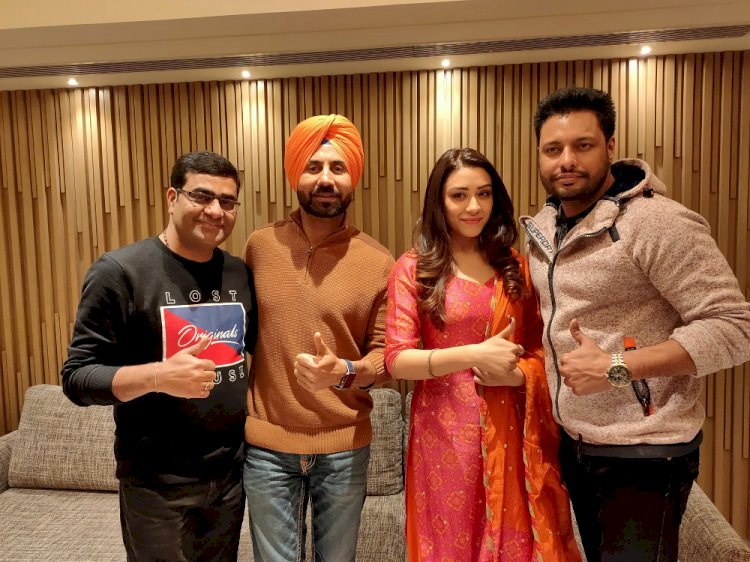 Amritsar: Binnu Dhillon production and Omjee Star Studios announced the releasing date of their upcoming Punjabi movie ‘ZAKHMI’ in the Amritsar’s most luxurious hotel Courtyard By Marriott. Movie is releasing on 7th February, 2020 in India and worldwide. Starcast of the movie along with lead characters Dev Kharaud, Anchal Singh were present at the occasion. Mr. Binnu Dhillon was also graced the occasion with their presence.

Present at the occasion actor Binnu Dhillon said “The advancements in Punjabi films are raising the levels of good cinema and subjects in the Punjabi film industry. The first month of the year has gone and February is all set to bring you another awaited movie of the year. Binnu Dhillon Productions and Omjee Star Studios have joined hands together for their project “ZAKHMI”. The film is featuring Dev Kharoud, the action hero of Punjabi films in the main lead. The trailer of the film was released on 17th January 2020 where, the tremendous feedback itself reveals the audience excitement for the film. Today we here in Amritsar’s most luxurious hotel Courtyard by Marriott for announcing the date of our movie “ZAKHMI”

He also said “Dev Kharaud is the biggest name in the action movie category in Punjabi. We have very hope for Zakhmi. People will definitely like it.  The previous projects by Dev Kharoud has raised the expectations of his Actor Dev Kharaud Said “I always try to do super amazing action films, Zakhmi is based on the story of a man being the strength of his family where he protects them from the evil people of the society. My character in the movie is totally dedicated to my family in the movie”. All my co-stars including Anchal Singh, Baby Teju Popli, Lakha Lehri, Suvinder Vicky, Gurinder Dimpy and others did amazing job in the movie. Audience will appreciate our movie for sure. Our movie is releasing on7th February, 2020, I hope audience will like it and support us.

Made under the banner of Binnu Dhillon Productions & Omjee Star Studios, Binnu Dhillon, Ashu Munish Sahni & Aniket Kawade has promised that this time too, their film will deliver something special and new to the industry. The film is written and directed by Inderpal Singh who is going to make his direction debut with the same. The star cast of the film includes Dev Kharoud, Anchal Singh, Baby Teju Popli, Lakha Lehri, Suvinder Vicky, Gurinder Dimpy, Sanju Solanki, Ram Aujla, Jaggi Dhuri, Karamjit Brar, Aman Sutdhar & Manjit Singh. The film is releasing on 7th February and will be worldwide distributed by Omjee Star Studios.