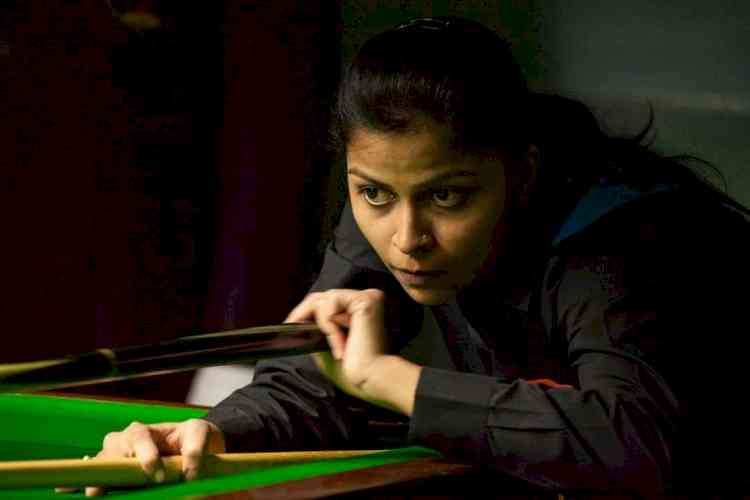 The MP cueist Amee was on a roll as she quickly got into her stride and dashed the challenge from seasoned campaigner Chitra Magimairaj of Karnataka by romping to straight frames 3-0 victory in the best-of-5-frame clash to start on a rousing note.

On an adjacent table, the Tamil Nadu cueist Varsha was engaged in a grueling battle with Maharashtra's Arantxa Sanchis before she managed to pull through to a thrilling 3-2 victory.

India No. 2 Amee quickly found her touch to take control from the start. The experienced Chitra tried to put up a fight but could not stop the Indore-based Amee from racing to an 88-03, 69-42, and 70-35 win.

Meanwhile, India No. 3 Varsha and Arantxa ranked No. 5 fought well and the contest witnessed a battle royal for supremacy. The Tamil Nadu cueist Varsha made a bright start taking the first frame before Arantxa replied strongly by pocketing the next two frames to take a crucial lead. But, Varsha came up with a spirited fightback and went on to snatch the remaining two frames to clinch a satisfying 66-29, 25-67, 16-75, 56-12, and 76-33 verdict and a deserving win.