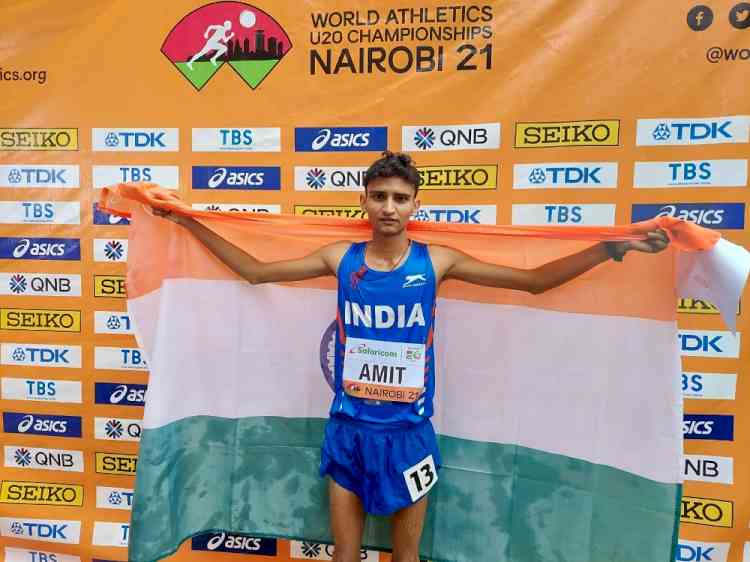 Khatri won the silver with a timing of 42:17.94. He was in the lead for a good part of the race walk before being overtaken by Kenya's Heristone Wanyonyi in the last two laps.

"As it's a high altitude, so breathing problem for me. It was my first international competition and won silver for India. I'm happy with silver at least I could fulfil the hopes of India," Amit was quoted as saying by Athletics Federation of India (AFI) after the medal.

This is also India's second medal in the ongoing competition. Earlier on Wednesday, the Indian quartet of Bharat Sridhar, Priya H Mohan, Summy and Kapil had won the bronze medal in the 4x400m mixed relay final with a season-best timing of 3:20.60.

In January this year, Khatri set a new national record while claiming the men's 10000m race walk title at the Junior Federation Cup in Bhopal. The young walker from Rohtak, Haryana finished race in 40 minutes 40.97 seconds, improving on the existing national record of 40:37.78 by Akshdeep Singh and nearly half a minute ahead of statemate Paramdeep Mor.