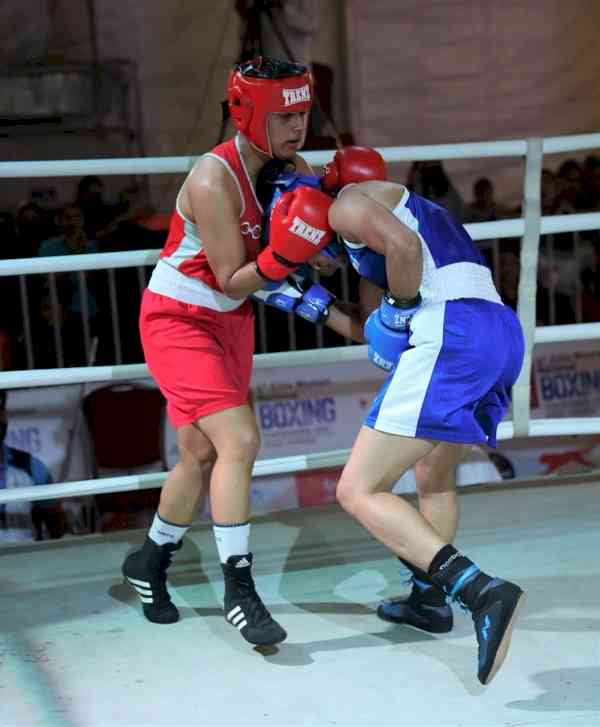 Hisar, Oct 23 (IANS) Living up to the expectations, Manju Rani put up a solid show to begin her campaign on a winning note at the 5th Elite Women's National Boxing Championships here on Saturday.

Railway Sports Promotion Board's boxer Manju, who had made headline after winning silver on debut at the 2019 World Championships, made light work of Orissa's Bhabani Barik before winning the second-round match 5-0 in the 48kg on the third day of the prestigious event being hosted by Boxing Federation of India (BFI) in association with the Haryana Boxing Sangh.

Haryana's Nitu also delivered an equally flawless performance as she beat Rajas'han's Swasti Arya by a similar margin in another one-sided bout in the 48kg category.

Earlier, during the bouts played late on the second day, two-time Asian champion Pooja Rani started her campaign with a comfortable 5-0 win against All India Police's Pinki 5-0. Pooja, who hails from the Bhiwani district, had represented India at the 2021 Tokyo Olympics.