Will Milsa reveal her intentions after being defeated by Baalveer and Vivaan? 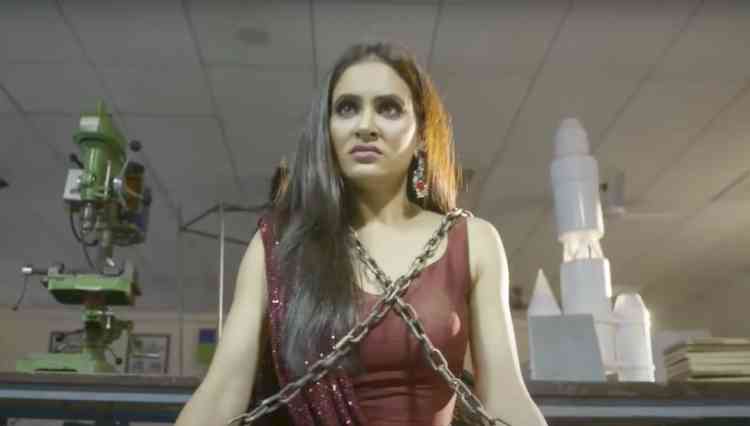 Sony SAB’s fantasy show Baalveer Returns is set to take an unexpected twist as the upcoming episodes promise to put the viewers on the edge of their seats. After nearly being killed by the evil group from Shinkai, Vivaan (Vansh Sayani) and Baalveer (Dev Joshi) commence their hunt for Vivaan’s attacker. The viewers must brace themselves for an exciting turn of events as Baalveer and his team come one step closer in uncovering this new threat on earth.

Baalveer, while saving Vivaan, gets injured and drops unconscious on the stage. Milsa (Shweta Khanduri) makes use of this opportunity and collects a vile of Baalveer’s blood for his plasma and sends it off to Baambaal through Tauba Tauba (Shridhar Watsar). Baalpari (Sharmilee Raj) cures Baalveer through her magic and learns that Baalveer’s blood has been taken by Milsa. Baalpari reveals that a single drop of Baalveer’s blood is really powerful and if it gets into the wrong hands, it can be used to create havoc.

To stop the culprit, Baalveer, Vivaan and Baalpari start their hunt to find Milsa. The team comes one step closer to their mission, as they finally get hold of Milsa – Baambaal’s loyalist. Baalveer and Vivaan force and torture Milsa to reveal the names of her team member and their mission on earth. On the other hand, Baambaal (Vimarsh Roshan) comes to know about Milsa’s capture and realizes that he now runs the risk of getting exposed.

Will Milsa reveal their true intention on earth? What will Baalveer and Vivaan do next?

Dev Joshi, essaying the role of Baalveer said, “Veerlok has finally captured Milsa. The upcoming episodes on Baalveer Returns of packed with suspense and twists. The entire week was full of dance and dhamal while the weekends with a shocking plot twist. Our viewers are going to thoroughly enjoy this major twist on the show as one of the evil gang members has finally been captured. It has been exciting to shoot the dance sequences with Anahita, Shoaib and the others as this is not something we often do on the sets. It has been an entirely new and refreshing experience which I will always cherish. So, stay tuned and watch this masti and suspense-filled week unfold only on Baalveer Returns."

Shweta Khanduri, essaying the role of Milsa said, “Essaying a negative role is challenging but I am glad I am playing the role of Milsa. This character has so many shades to her. She is brutal, smart and a go-getter. The episodes further will witness Milsa accomplish a part of Shinkai’s bigger mission and it will be interesting for the viewers to watch how she protects her team members. I have had a blast shooting for these episodes and I hope our viewers enjoy the surprises we have in store for them.

Will Daljeet lose the custody of her children in Sony SAB’s...

Himesh Reshammiya solicited as the judge