Will give everything to win our first Olympic medal: Rani 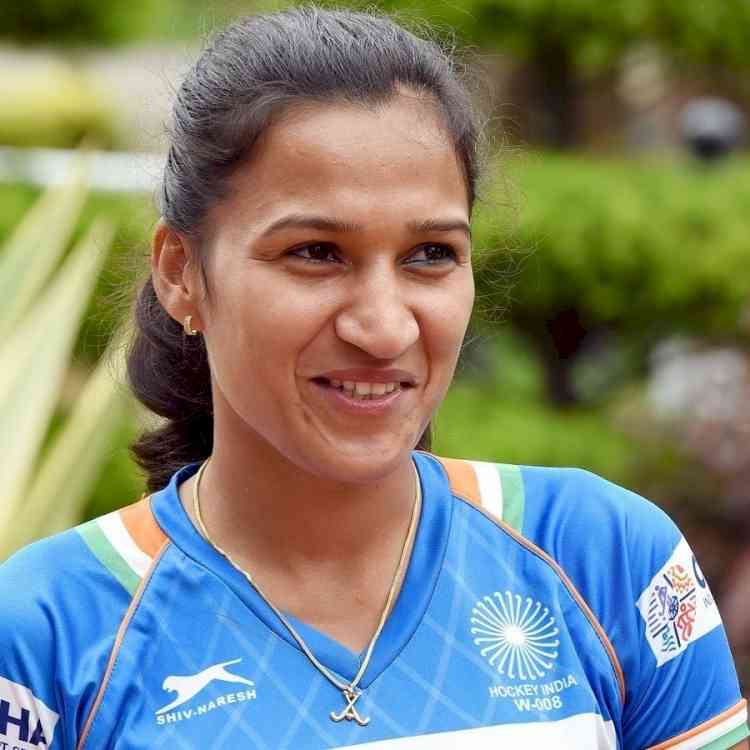 Tokyo: Women's team captain Rani Rampal is confident that India will return with two medals in the hockey competition of the Olympics. The women's team takes on Great Britain in the bronze medal play-off a day after the men's team defeated Germany 5-4 to earn the third place.

"We played really well against Argentina [in the 1-2 semi-final loss]. However, it was disappointing not to book a place in the Olympic final. We have performed really well in this tournament and we still have a chance to win a medal. We are confident about our individual games and we will give everything we have to win our first Olympic medal. We have a chance to make history on Friday," said Rani on the eve of the bronze medal match.

Indian women's team had qualified for the Olympic Games semi-finals for the first time in history, after defeating Australia in the quarter-finals. If they win on Friday, this will be their first ever medal.

The skipper said that the team will look to stay in the moment and notget excited by the occasion.

"It'll be all about staying in the moment for us. We have to follow our processes and if we execute our plans properly, we will be able to get a good result in the bronze medal match. We defeated Great Britain in our last encounter against them in February 2020 so we will take a lot of confidence from that match," said the forward.

Chief coach Sjoerd Marijne expressed that the Indian team played with the right spirit in the semi-final against Argentina.

"We were really competitive against Argentina. It was about converting the small opportunities and we converted a penalty corner into a goal. We were very close so the loss is hurting the team very much, but now it's about recovery and looking forward to the next match. We can still win a medal. I am proud of the way the girls performed against Argentina. They played an Olympic semi-final for the first time and it's not easy. We played with the right spirit and I am very happy with that," said Marijne.